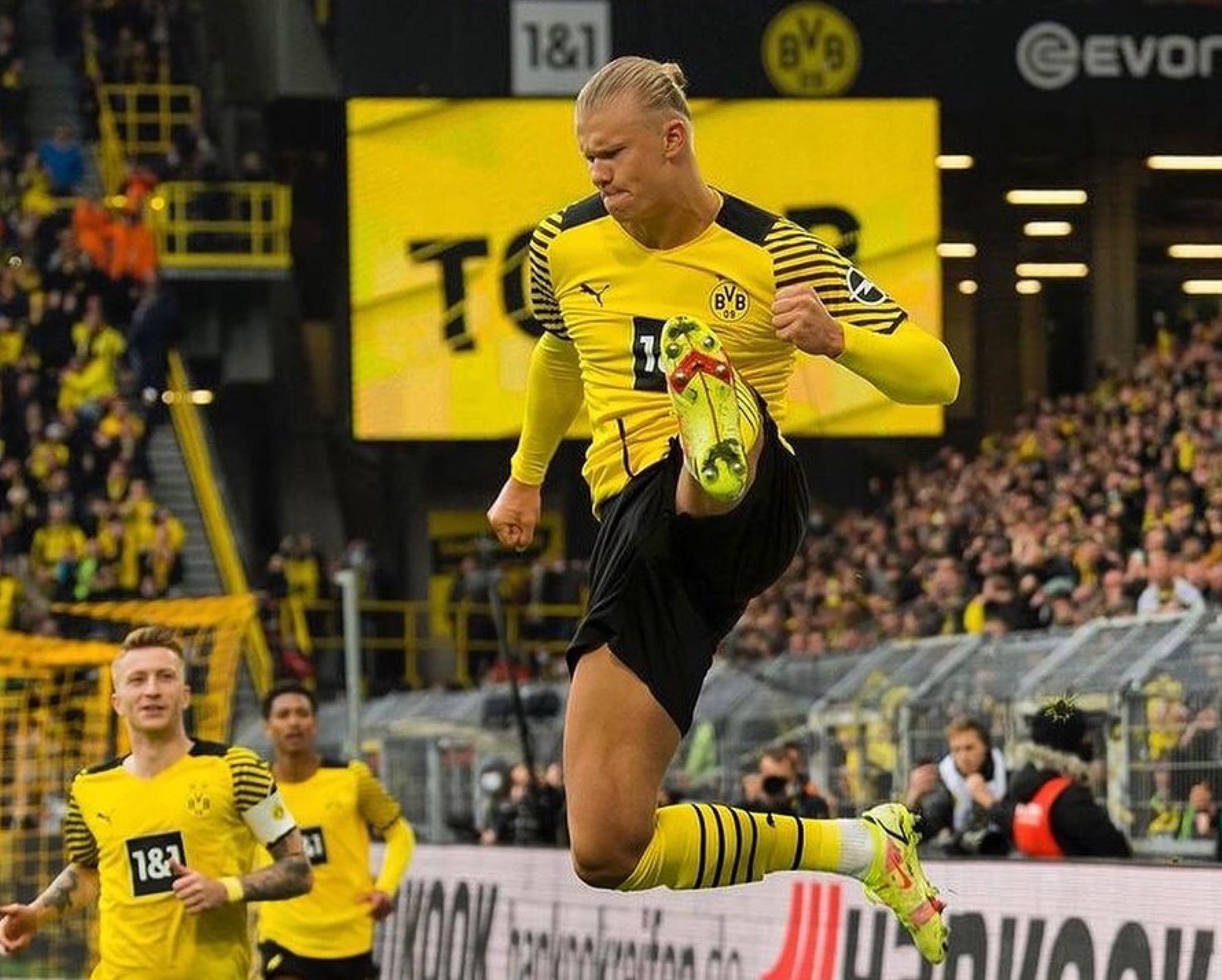 Erling Haaland is a young man that’s been linked with all of Europe’s elite – including both Barcelona and Real Madrid – for some time  now, and it’s with good reason.

The Norwegian marksman is a frightening prospect, and underlined the fact on Saturday afternoon in the Bundesliga.

3 points and happy to be back! ⚽️💪🏻 pic.twitter.com/cerLnYX2Wu

Returning from injury, Haaland scored a brace as Borussia Dortmund beat Mainz 3-1. He converted from the spot six minutes before the hour mark before doubling his tally in injury time, assisted by Jude Bellingham.

The result means that Dortmund have gone top of the Bundesliga, two points clear of reigning champions Bayern Munich albeit with a game more played than them.

Haaland has now scored nine goals and contributed four assists in six Bundesliga games so far this season, and has scored 70 goals in the 68 matches he’s played for the German club. He’s on fire.

Barcelona don’t look to have the financial might to tempt him to Catalonia this summer when it’s expected he’ll depart, but Madrid are in a healthier position. They’ll face stiff competition, however.