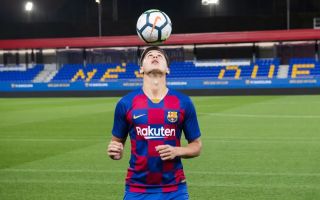 Boca Juniors’ demand for €17.5m compensation for one of their young players has been rejected by the Court of Arbitration for Sport, with the Argentine club instead fined 100,000 Swiss Francs to pay the legal fees of the dispute, AS reported today.

Ramos Mingo arrived at Barcelona in 2019 on a free transfer from Boca. As he was below 18, the club that trained him believed they were entitled to a compensation payment – but their monster claim has been squashed by the neutral panel of arbitrators.

Mingo is still working his way into the Barcelona B line up, and until he’s proven himself there and then in top flight football, Boca can hardly complain.

If he does go on to have a trophy laden career like some of their other youth products, they might have more of a case. There is a long way to go before they need to worry about that however.