About a year ago, it looked certain that Giorgio Wijnaldum was going to head to Barcelona on a free in the summer.

As it turned out, PSG poached him at the last minute, only to also end up signing Leo Messi. The Dutchman has spent most of the season so far stuck on the bench.

Barca were frustrated, but now an avenue is opening up for them again. Franck Kessie of AC Milan is in the same situation that Wijnaldum was in – except of course he’s 24 and not 31.

Now Mundo Deportivo report that there is serious Barcelona interest in the midfielder, who is assessing his options for a free transfer next summer.

Barca are in trouble at the moment, but they still provide a tempting destination for any player. If they can turn things around this season, it’s easy to see them persuading Kessie to become part of the restoration of Blaugrana glory. 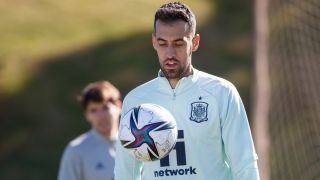