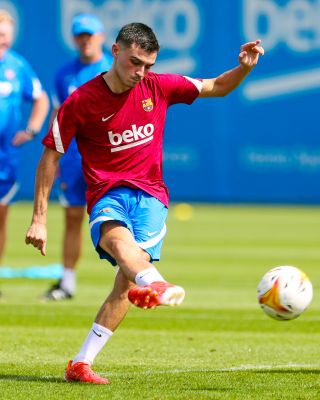 Barcelona teenage superstar Pedri has been nominated for both the 2021 Ballon d’Or Award and the Kopa Trophy.

The Kopa Trophy is awarded to the best player aged under 21 with Pedri expected to be one of the leading candidates to win the award later this year.

The 18-year-old schemer has risen through the ranks in Catalonia in the last 12 months to become a key player in Ronald Koeman’s plans.

He played more minutes than any other Barcelona player last season with 52 appearances in all competitions at club level.

The Tenerife born star was ever present for Spain at both Euro 2020 and the rearranged 2020 Olympic Games in Tokyo.

Pedri will be one of the favourites to win the sub 21 award with Premier League duo Bukayo Saka and Phil Foden also included.

However, Pedri is the only player included in both the senior and U21 list after an incredible year in his emerging career.