Lionel Messi explains the biggest difference between MSN and MNM

Argentina drew 0-0 with Paraguay at the Estadio Defensores del Chaco last night in a World Cup qualifier. The result leaves them in second place in the table, eight points behind leaders Brazil and three points clear of third-placed Ecuador. Argentina are yet to lose in this campaign; they’ve won five and drawn four.

Lionel Messi led Argentina to glory in the Copa America this past summer, proving key as they beat Brazil in the final at the Maracana in Rio de Janeiro – the very stadium they lost the 2014 World Cup final to Germany in – to lift Argentina’s first major title since way back in 1993. It was an important moment for Messi.

Messi left Barcelona for Paris Saint-Germain later that summer in a free transfer that shook the foundations of European football. He’s yet to score in Ligue Un in three appearances, but did register his first goal for his new club in spectacular fashion against Manchester City in the Champions League. How he plays alongside Neymar and Kylian Mbappe is of great intrigue to many, with comparisons inevitably drawn with the MSN frontline – Messi, Neymar and Luis Suarez – that dominated Europe at Barcelona. 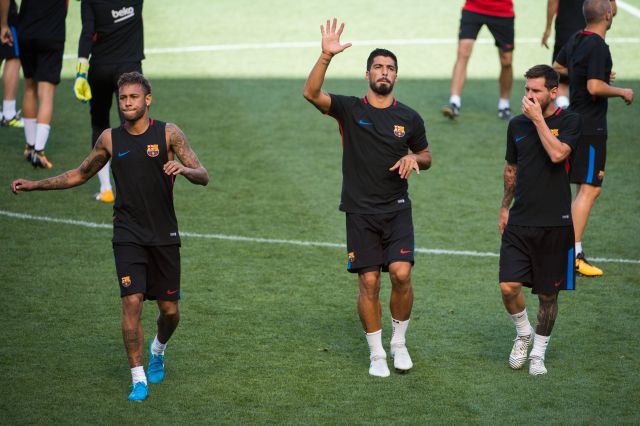 “Age is the difference! We were young when we started playing with Ney,” Messi replied when asked by France Football in comments carried by Diario AS. “Today the young man is Kylian. Luis and Kylian are very different players. Luis is a pure nine, an efficient forward in the area who’s used to scoring many goals. Kylian likes to touch the ball more. He’s a very powerful and fast player who kills you if you give him space, and also scores a lot. They’re two spectacular players, but with very different qualities.”