Spain star Ferran Torres is confident of being fit in time for tomorrow’s UEFA Nations League final against France.

Torres was the star man in La Roja’s 2-1 semi final win over Italy last week, with two first half goals at the San Siro, as Luis Enrique’s side clinched a first major final spot since 2012.

However, the Manchester City forward was withdrawn just after the restart in Milan, and initial estimates hinted he could miss the final.

Torres has admitted his fitness will come down to a late check but he is ready to battle through to lead the Spanish attack against Les Bleus. 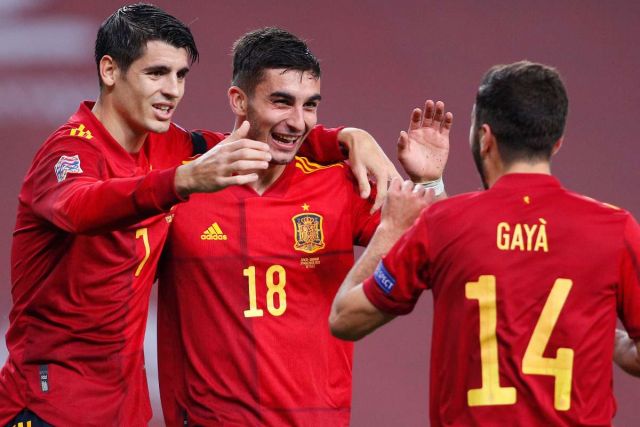 “My ankle is better, and as the coach said, I will try it tomorrow before the game and see if I can play”, as per reports from Marca.

“For me it is important to score goals and that gives me the strength to continue growing and improving.

“Tomorrow is a final and for many it is the first. It is exciting to try and lift my first title and we are going to go for it.”

If Torres is fit to start ahead of kick off, Enrique is likely to keep changes to a minimum, with his City teammate Rodri potentially coming in to add some midfield experience.