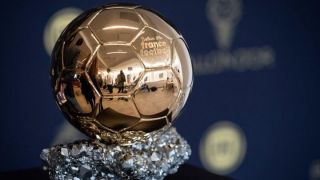 Three Spanish players – and five players from La Liga – have been nominated for the Ballon d’Or this year.

The Spaniards are Cesar Azpilicueta of Chelsea, Gerard Moreno or Villareal, and Pedri of Barcelona – who has also been nominated for the Kopa award for under 21 players.

The players playing in La Liga are Moreno and Pedri, plus Luis Suarez, Luka Modric and Karim Benzema.

Of the lot, Benzema probably has the best chance of winning the trophy. He’s been utterly brilliant, and has yet to really be rewarded individually for his superb career.

Meanwhile, Pedri looks a great bet for the Kopa award, after a breakout season that saw him star with Spain at the Euros, as well as for Barcelona.

Here are the other 10 nominees for the Men’s #ballondor pic.twitter.com/auEMazmpEy

Azpilicueta is the only player to have both won the Champions League and reached the Euro semis with Spain, but as a defender, his chances are very slim.