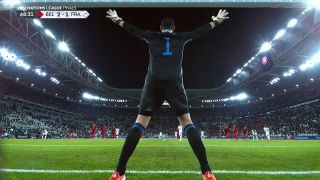 La Roja went to San Siro last night and turned on the style. Luis Enrique’s men travelled to Milan intent on exacting revenge following their last clash with Italy, when they were beaten in the semi-final of Euro 2020 by the competition’s eventual winners.

Benzema pulls one back for France! Game on! 🔥 pic.twitter.com/Bqa9GCKrq7

The accusation levelled against Spain during Euro 2020 was that they were capable of excellent football but lacking potency in the final third. That wasn’t the case in the semi-final of the Nations League; Manchester City forward Ferran Torres, operating as a false nine, fired Spain into a 2-0 lead by half-time.

Lorenzo Pellegrini pulled one back for Italy inside the final ten minutes while Leonardo Bonucci’s red card was undoubtedly a contributing factor, but Spain will have emerged from the tie with renewed confidence in their abilities. They’re not the perfect team – they’re flawed – but when they turn it on sparks fly.

France meet Belgium in the other semi-final in Turin tonight to decide who’ll play Spain in Sunday evening’s final. Atletico Madrid man Yannick Carrasco fired Belgium into the lead before Romelu Lukaku doubled their advantage, but two men closely tied to Real Madrid got France back on level terms in the second half. First Karim Benzema pulled one back in the 62nd minute; then long-term target Kylian Mbappe equalised in the 69th with a penalty.