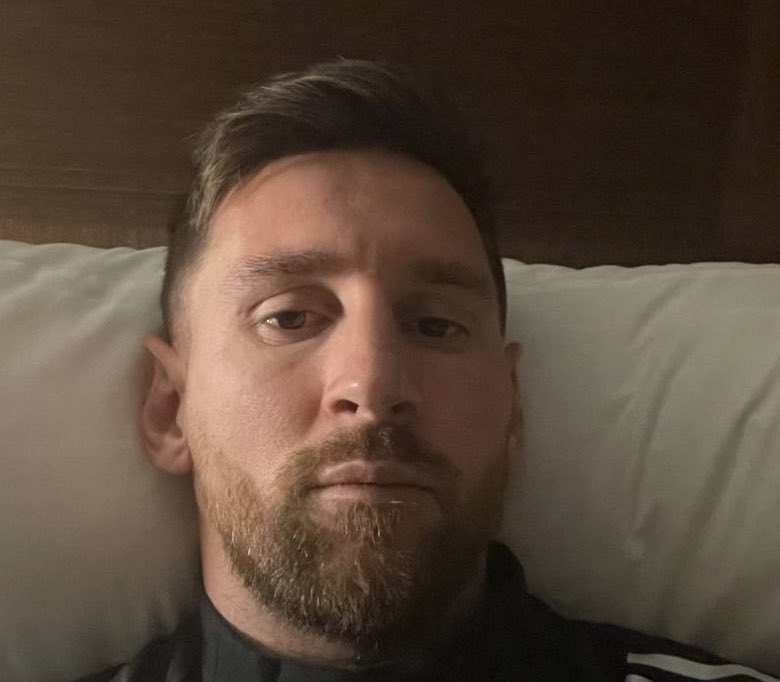 Argentina captain Lionel Messi posted a bed-time selfie on Wednesday evening as he turned in for the night ahead of this evening’s World Cup qualifier against Paraguay. Argentine travel to Estadio Defensores del Chaco for the tie, their first in a three-game international break. Much is at stake.

Messi’s selfie is part of a newly-found serenity he’s exuded since leading Argentina to glory at this past summer’s Copa America. Argentina beat Brazil in the final at the Maracana in Rio de Janeiro, the very stadium they lost the 2014 World Cup final to Germany in. Ever since, the former Barcelona man has been much more light-hearted and open in sharing his personal life. This selfie was shared as an Instagram story.

This man’s mind is a fascinating place. pic.twitter.com/X1SUagmtNc

Argentina are second to Brazil in the table, six points behind their great rivals to be exact. They’re three points clear of Uruguay and five of both Ecuador and Colombia, while Paraguay are seven points in their wake. After tonight’s clash they face Uruguay in Buenos Aires before hosting Peru.