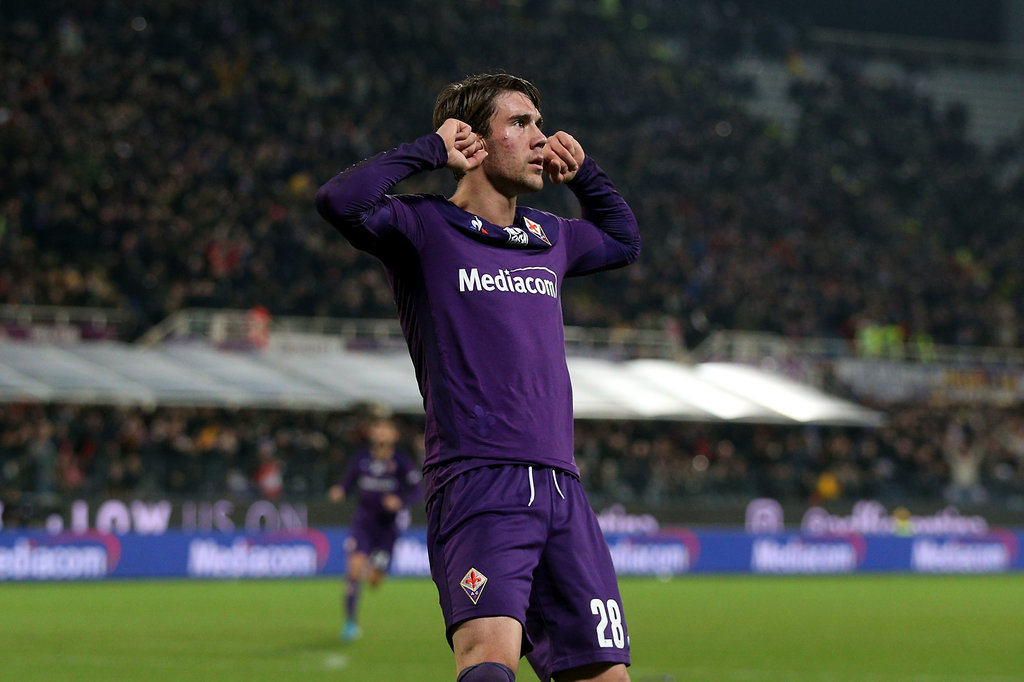 €90m set as asking price for Serie A striking star

Dusan Vlahovic was linked repeatedly with transfers this summer, but ended up staying put at Fiorentina.

Instead of spelling an end to the transfer saga around him, this is only likely to increase interest next summer.

AS today have claims that the striker now has a €90m price tag on him, enough to make any interested parties from La Liga think twice.

Atletico Madrid had one been favourites, although their signings of Antoine Griezmann and Matheus Cunha may now rule them out.

Then there’s their City rivals Real, who would surely also be out of the running if they complete the free transfer of Kylian Mbappe, as expected.

That leaves Barcelona, who are not in a position to be making big signings at the moment, but could next summer find themselves with a clear path to the Serbian striker.

There’s a long way to go – and this saga is only just getting started.