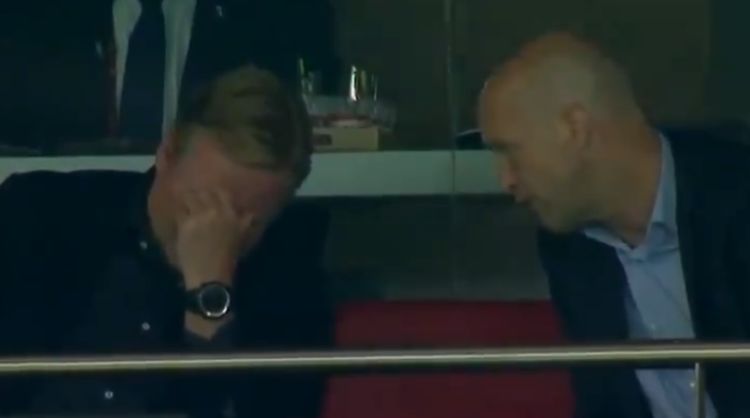 The Reaction of Ronald Koeman to Luis Suarez’s goal on Saturday night will be one to treasure for some.

Koeman is on the brink at Barca following a run of just one win in six games, a run that continued on Saturday night when his side were comfortably beaten by Atletico Madrid.

During the game, former Barca star Suarez, who has often claimed he was treated badly by Koeman, found the net.

The Uruguayan scored Atleti’s second goal of the game, adding to Thomas Lemar‘s opener in which he provided an assist.

And the cameras picked up Koeman’s reactions from the stands, where he watched the game having been suspended from the sildeline.

Koeman’s reaction to Suarez’s goal was full of regret 🤐 pic.twitter.com/YwGhm32as6

As you can see above, Koeman buried his head in his hand and looked inconsolable for at least a brief moment.

That’s a reaction Suarez will treasure given the way he felt he was treated by the Dutchman in his final days at Barca.