Atletico Madrid star Luis Suarez has reminded Barcelona he has not forgotten how he was treated at the Camp Nou last summer.

Suarez was told by Ronald Koeman he was not part of his plans ahead of the 2020/21 campaign with one year left on his contract in Catalonia.

The Uruguayan international eventually left the club as part of €5m deal to join Atletico Madrid before going to play a key role in their La Liga title win in 2021.

Suarez netted 21 league goals as Diego Simeone’s side secured their first league title since 2014 and he will be channeling his anger as the two sides face off again tomorrow night in Madrid. 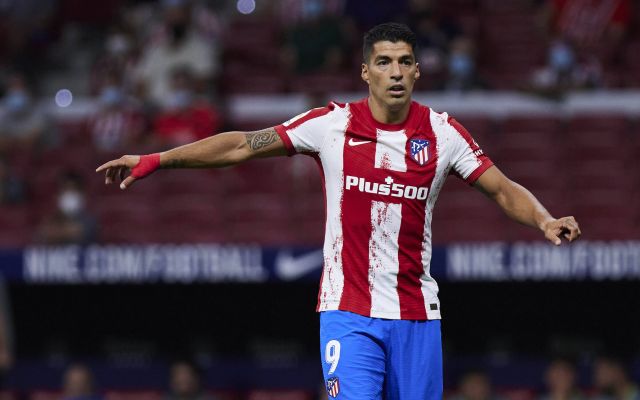 “I don’t forget how last year in preseason they sent me to train separately”, he told an interview with TVE1, as reported via Marca.

“I already said it, they hurt me, more than anything because I’m a player who always gave everything to Barcelona, I gave myself completely to the club.

“The way they treated me hurt, but I also look at it that some things happen and destiny will decide who is it right and who is not.”

Suarez did not score against his former club last season but his goal scoring form in 2021/22 has picked up in recent weeks.

After scoring one goal in his first five games this season, he netted two late goals to secure a 2-1 win over neighbours Getafe on September 21, before grabbing an added time winner at AC Milan in midweek.