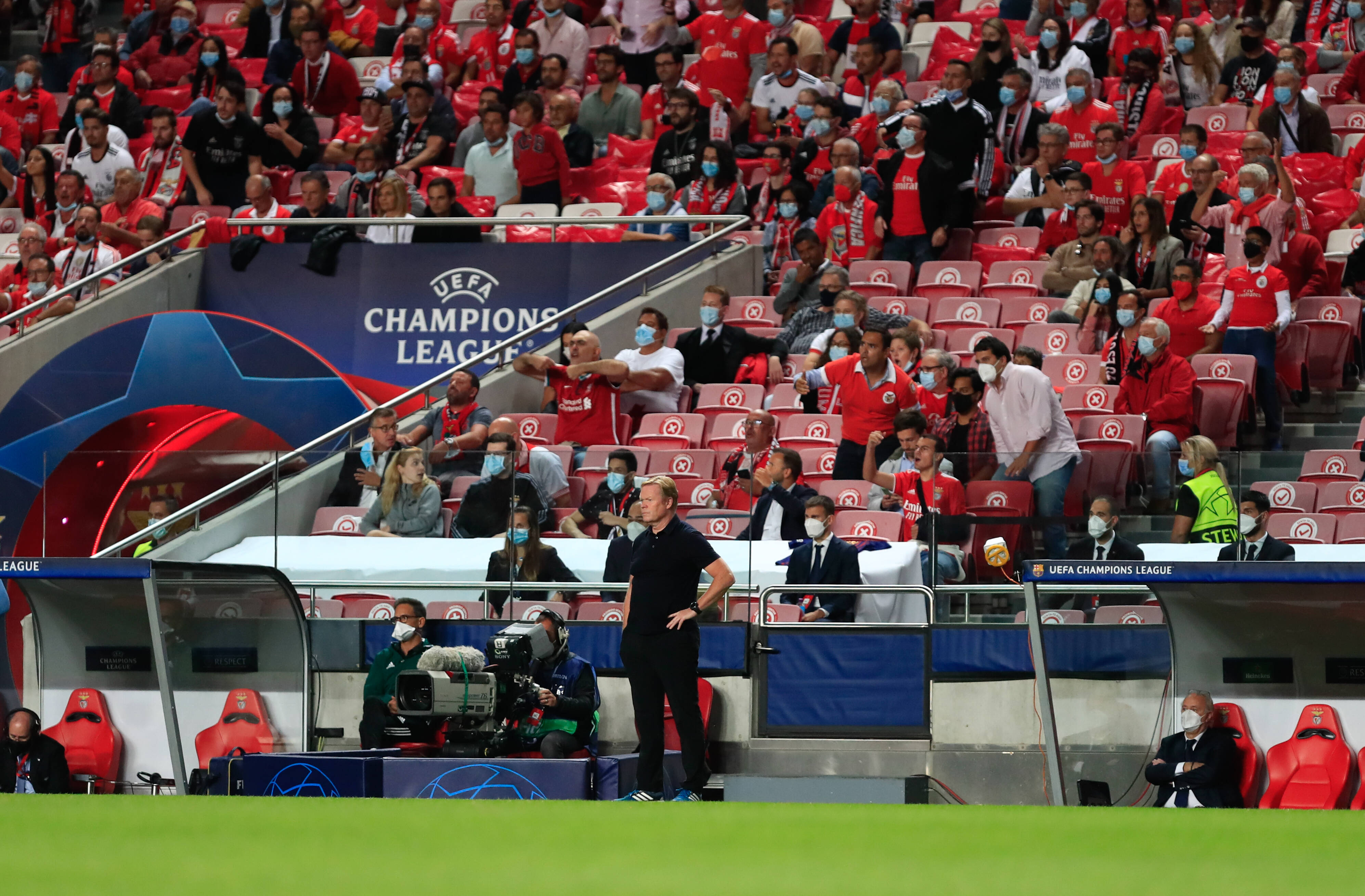 Ronald Koeman is expected to keep his job as Barcelona head coach for the time being.

The Dutchman has come under intense pressure over recent weeks following a disappointing run of form.

And that only intensified on Wednesday night when Barcelona completed their worst-ever start to a Champions League campaign with a 3-0 defeat to Benfica.

That’s now back-to-back defeats in the Champions League for Barca, including the 3-0 defeat to Bayern in their group stage opener.

La Liga form has not been much better of late, either, Barca winning just one of their last four games domestically.

But amid talk of a meeting between Barca chiefs this morning, it has emerged that Koeman will keep his job for now.

As reported by Marca, The Dutchman is expected to stay in place until at least the international break, which begins after the coming weekend.

Barca play Atletico Madrid in a key La Liga clash this weekend, and Koeman is likely to be in charge for that game, though he is still suspended, meaning he will have to do his work from elsewhere in the Wanda Metropolitano.

The decision to allow Koeman to continue for now gives Barca more time to find a long-term replacement given Joan Laporta wants his next appointment to lead the project over a number of years.

If Koeman is to be sacked after the game, it also saves the Barca board the headache of having to find coaches ahead of this weekend, given the Dutchman’s staff could well follow him out the door.