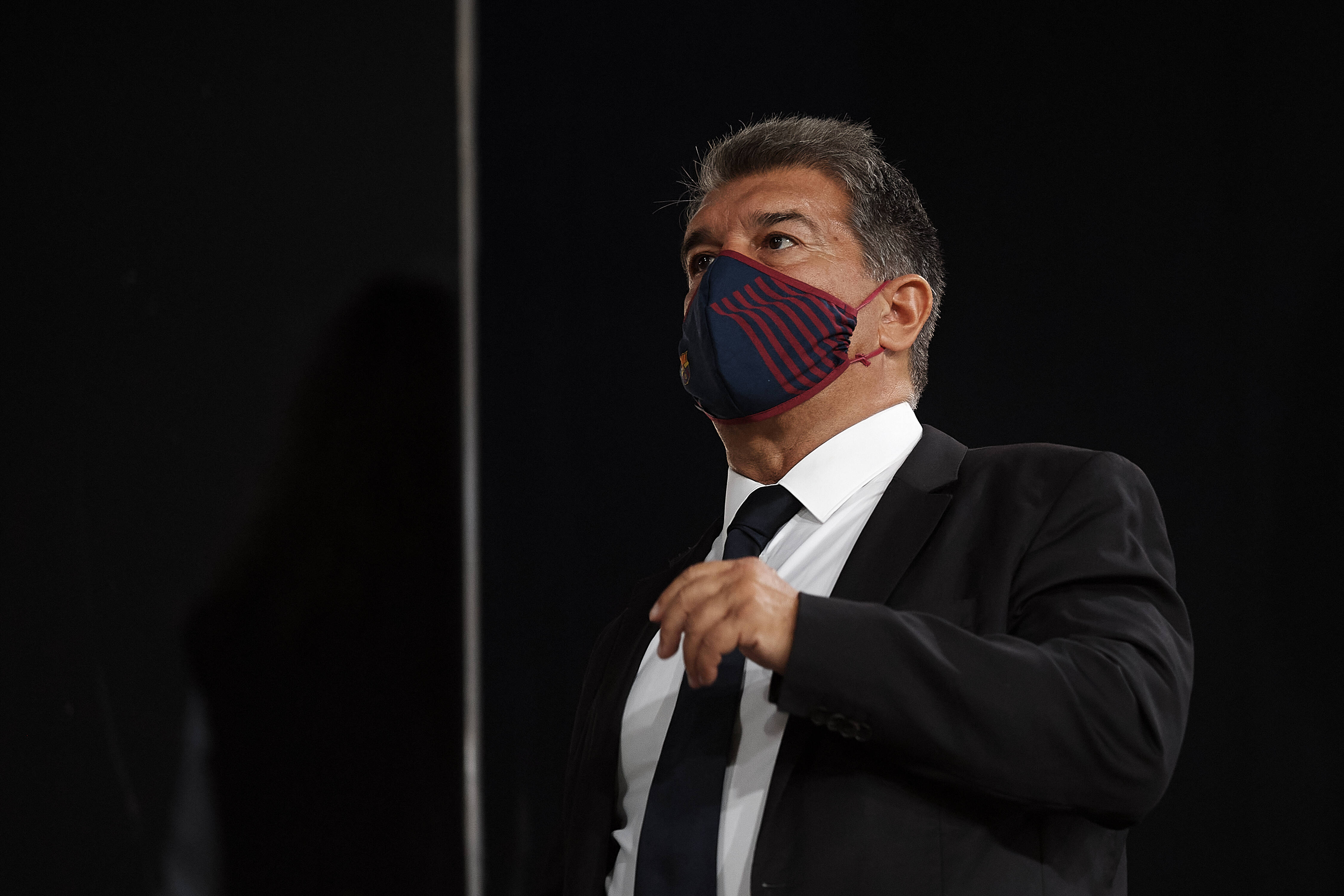 Ronald Koeman is under intense pressure following another slip-up, this time in the Champions League.

The Blaugrana are now four points behind Benfica in second place, sitting rock bottom of the group.

It’s unclear at this point whether Koeman will live to see the weekend as Barca boss, but in the meantime, Joan Laporta has paid a visit to the players.

According to Diario AS, Laporta went down to the dressing room to visit the players after the defeat.

The Barca president consoled players and reassured them that the situation would be fixed.

Koeman was not present at the time, undergoing his media duties, and so Laporta was keen to lift spirits.

According to the report, it’s not the first time the Barcelona president has done this amid a difficult run of form of late.

Koeman may well feel it undermines him given it is his role to pick the players up after such a defeat, but at this stage, the Dutchman is not in a position to raise complaints.

Koeman is on the brink at Camp Nou having won just one of the last four games.