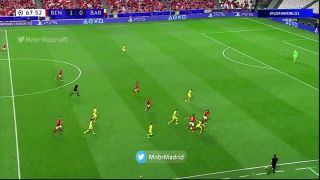 Watch: Rafa Silva makes it 2-0 to Benfica against Barcelona in the Champions League

Follow me to never miss any goal highlights.
pic.twitter.com/awNnD0brXM

It took three minutes for Barcelona to go a goal down. Benfica carved through their three-man defence like hot butter, with Eric Garcia in particular badly exposed. Darwin Nunez then stepped up to deliver the crucial blow and make it 1-0. Things got worse in the second half; Rafa Silva doubled Benfica’s advantage in the 69th minute to turn a bad night for Barcelona into a disaster.