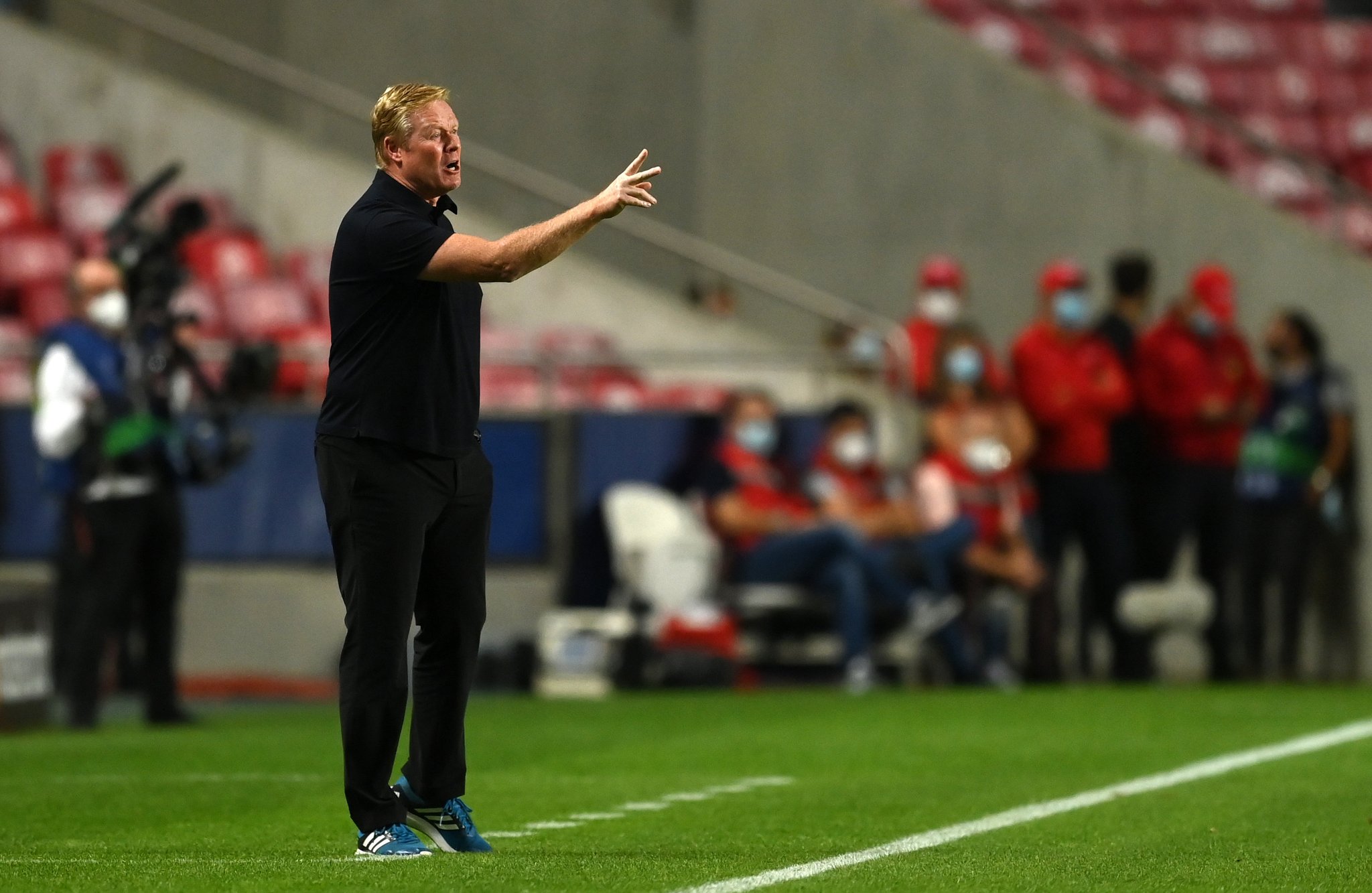 Ronald Koeman on his future after Barcelona’s 3-0 defeat to Benfica: “It’s not in my hands”

Barcelona travelled to Lisbon this evening to face Benfica in the second round of the group stage of the Champions League. Ronald Koeman’s men took a 3-0 beating from Bayern Munich at Camp Nou in the first round and were keen to get back to winning ways; they didn’t. Benfica humbled them, also winning 3-0.

“The final result is hard to accept,” Koeman said post-match in comments carried by Marca. “It’s not the result we saw on the pitch. Despite going behind fast, I think the team played well until it went to 2-0. We had clear opportunities to score.

“I’m not going to discuss the level of this team,” he continued. “Everyone knows what Barcelona’s problem is today. It’s not possible to comment on a team that’s not the one of past years. For me it’s clearer than water.”

He was reluctant to discuss his future. “I can only comment on my work with the team,” he said. “I feel supported by my players and the attitude [they’ve shown me]. I don’t know about the rest. I don’t know about the club. I can’t say anything about my future because I don’t know how the club thinks in that sense. I don’t want to answer any more questions about this because it’s not in my hands. We’ll see.”