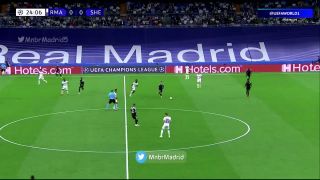 Quite remarkably, it was the visitors that took a 25th minute lead. Sheriff broke quickly to initiate a penetrating counter-attack before teeing up Djasur Yakhshibaev to score the crucial goal, sending the visitors into dreamland and the hosts into a state of mild panic. There’s still a lot of football to be played, but this wasn’t how Carlo Ancelotti would have envisioned their start.