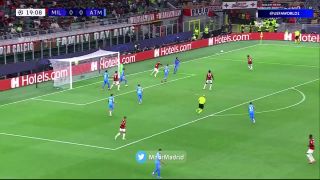 Milan struck first, taking a 20th minute lead through Rafael Leao after the forward was assisted by on-loan Madrid man Brahim Diaz. The Italians, buoyed by the return of Champions League football to San Siro after seven years of an absence, started well and were good value for their lead.