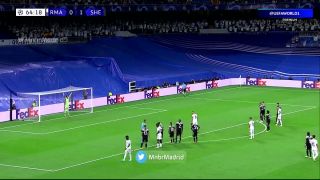 Watch: Karim Benzema gets Real Madrid back on level terms against Sheriff

Quite remarkably, it was the visitors that took a 25th minute lead. Sheriff broke quickly to initiate a penetrating counter-attack before teeing up Djasur Yakhshibaev to score the crucial goal, sending the visitors into dreamland. Madrid got back on level terms in the 65th minute. Unsurprisingly, it was Karim Benzema – one of the most in-form players in the European game – who converted the penalty to spare the hosts’ blushes.