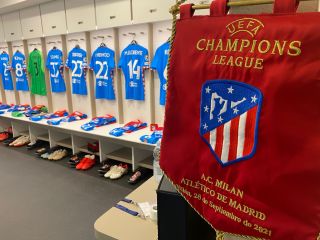 Atletico sit fourth in La Liga, level on points with third-placed Sevilla, two points behind second-placed Real Sociedad and three behind league leaders Real Madrid. They drew their opening Champions League game with Porto 0-0. Milan are second in Serie A, two points behind league leaders Napoli. They lost their opening European tie 3-2 to Liverpool at Anfield in a thriller.

Simeone has opted for a 4-4-2 shape, starting Jan Oblak in goal behind a back four of Kieran Trippier, Felipe, Jose Maria Gimenez and Mario Hermoso. Koke and Geoffrey Kondogbia will sit in midfield, with Marcos Llorente to the right and Yannick Carrasco to the left. Angel Correa will play off Luis Suarez up front.