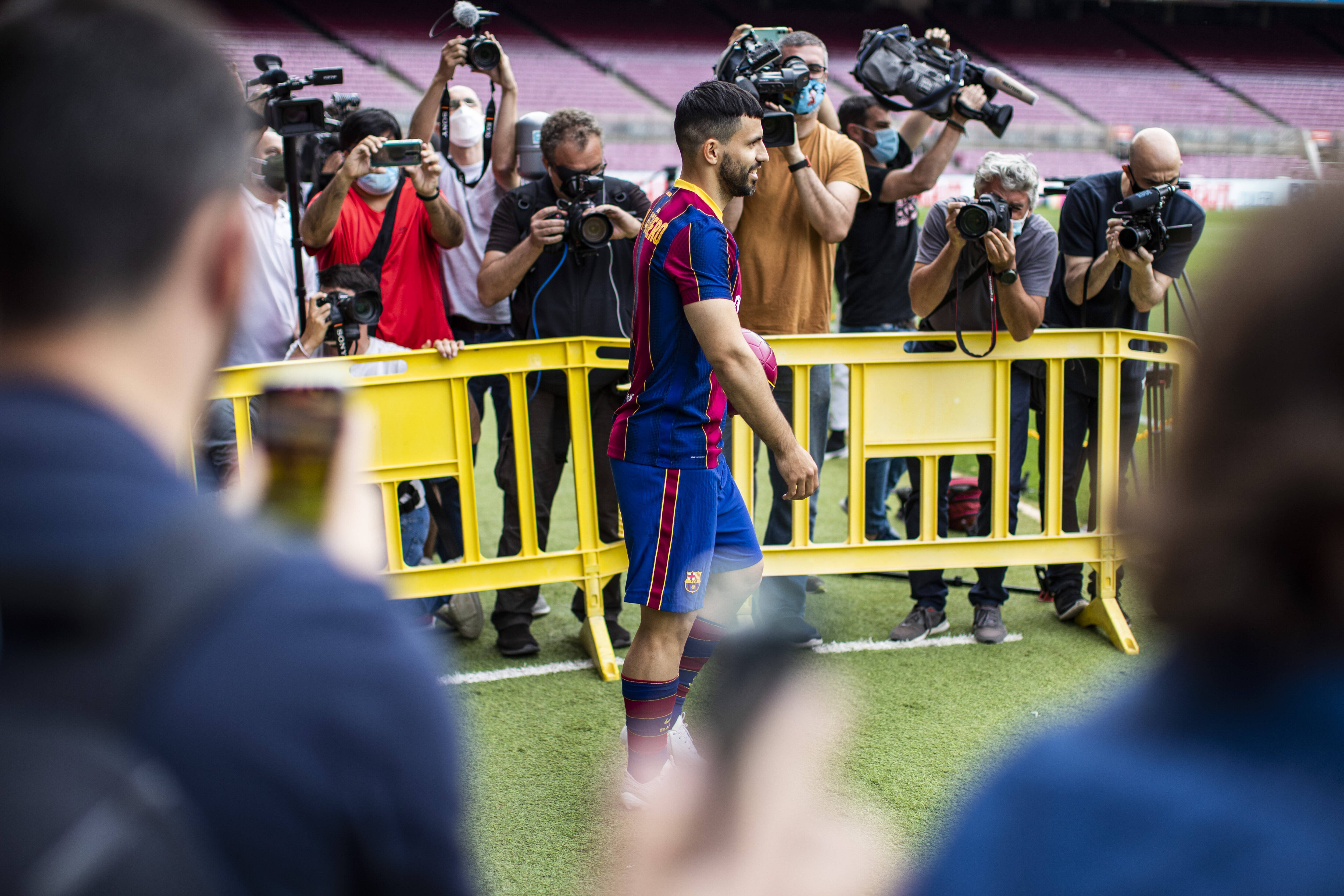 Sergio Aguero finally has a date for his return having missed the entirety of the season so far.

Aguero joined Barca on a free transfer ahead of this season following his Manchester City exit at the end of his contract at the Etihad Stadium.

The Argentine spent 10 years at City, becoming a club legend along the way, but his future is at Camp Nou, even if things haven’t quite gone to plan.

Aguero has already been denied the chance to play with close friend Lionel Messi, and a 10-week injury picked up before the season means he hasn’t been able to play at all thus far.

But there is fresh hope for the striker as he works away to return from his calf setback.

According to Sport, Barca now have an estimated date for Aguero’s return.

The report claims Barca are eyeing October 17, an away clash with Valencia at Mestalla, as the date their new frontman can finally make his debut.

Of course, that date is flexible, and it will depend on whether Aguero’s recovery remains on track, but as things stand, his recuperation is going to plan.