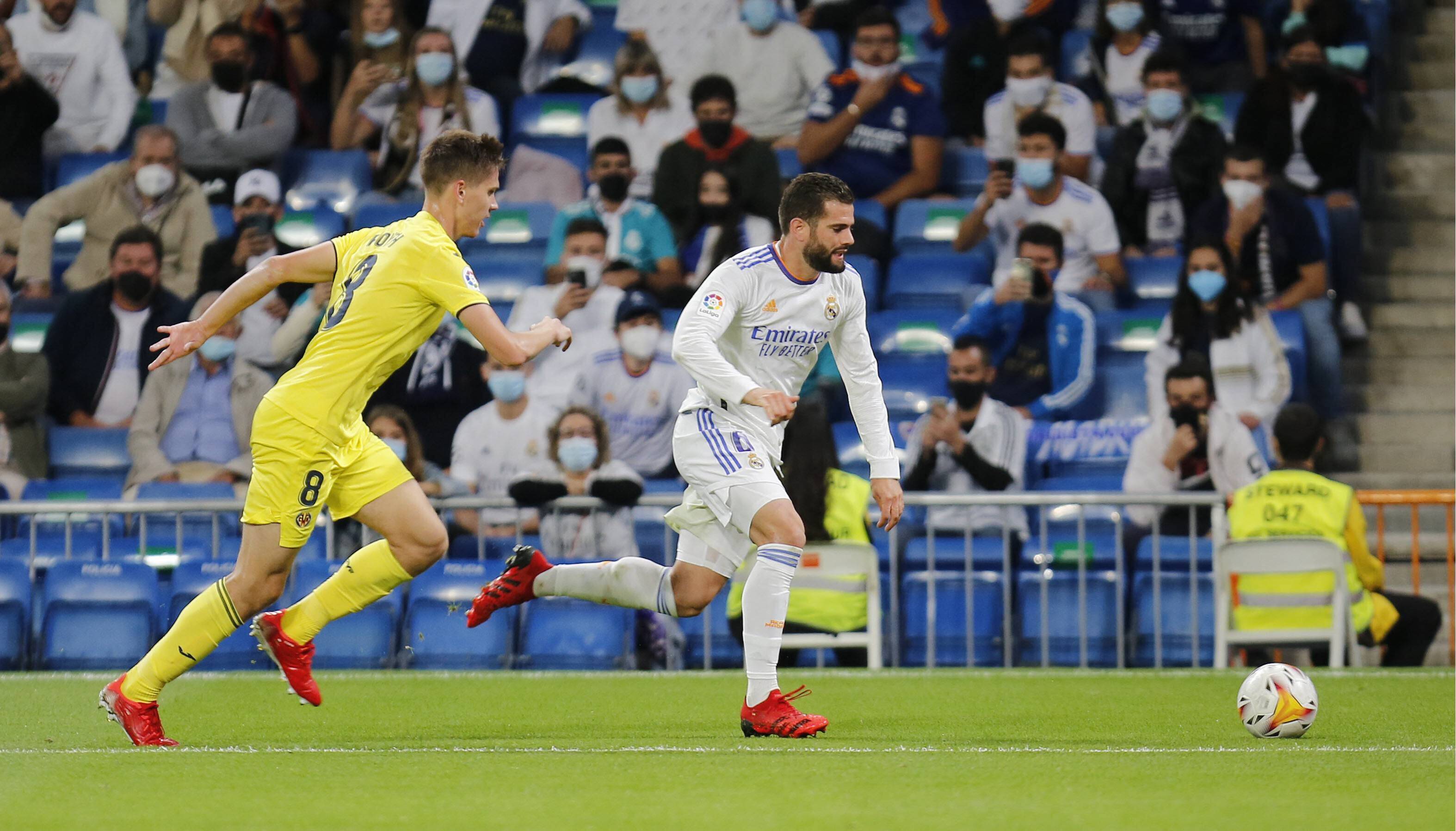 Real Madrid’s winning streak has ended at five games as Los Blancos were held to a 0-0 La Liga draw at home to Villarreal.

Carlo Ancelotti’s side remain unbeaten so far in 2021/22 but their lead at the top of the table could be cut to just goal difference if Sevilla win their game in hand.

Neither side created much in the Spanish capital with Thibaut Courtois making a key stop to keep out Arnaut Danjuma before the break.

Stunning save from @thibautcourtois to deny @Danjuma! 🧤

Who'll make the breakthrough in #RealMadridVillarreal?

Real Madrid looked to step up the tempo after the break with Eder Militao heading wide and Karim Benzema denied by Geronimo Rulli.

Despite a reputation for scoring late goals this season, with 18 of their 21 league goals in 2021/22 coming in the second period, Ancelotti’s hosts were unable to carve out a winner.

Up next for Real Madrid is a midweek return to Champions League action as they host Moldovan side Sheriff Tiraspol on Tuesday night.