Barcelona will appeal to La Liga against Frenkie De Jong’s one game ban this weekend.

The Dutch international was sent off for two bookings in quick succession during La Blaugrana’s midweek 0-0 draw away at Cadiz.

However, according to reports from Marca, Barcelona will now appeal against referee Carlos Del Cerro Grande’s decision to award De Jong’s a second yellow card. 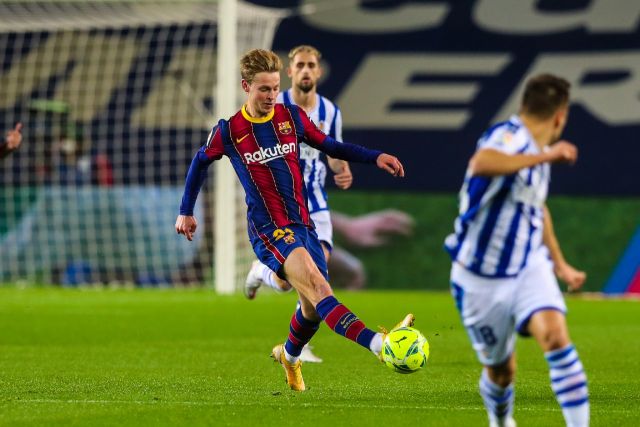 The club will also appeal against Sergio Busquets’ 96th minute caution for throwing the ball at an opponent as they prepared to shoot.

Ronald Koeman will also serve a suspension, after being dismissed from the dugout at full time, and the club will not appeal against his touchline ban against Levante this weekend.

La Liga are expected to make an immediate announcement on De Jong’s situation with Barcelona delaying their squad announcement to face Levante on September 26 as a result.

Spanish international Sergi Roberto is on standby to replace him in the starting XI if De Jong’s ban is upheld.

Ronald Koeman frustrated by his team’s inability to take their chances against Dynamo Kyiv
20 October 2021, 20:54