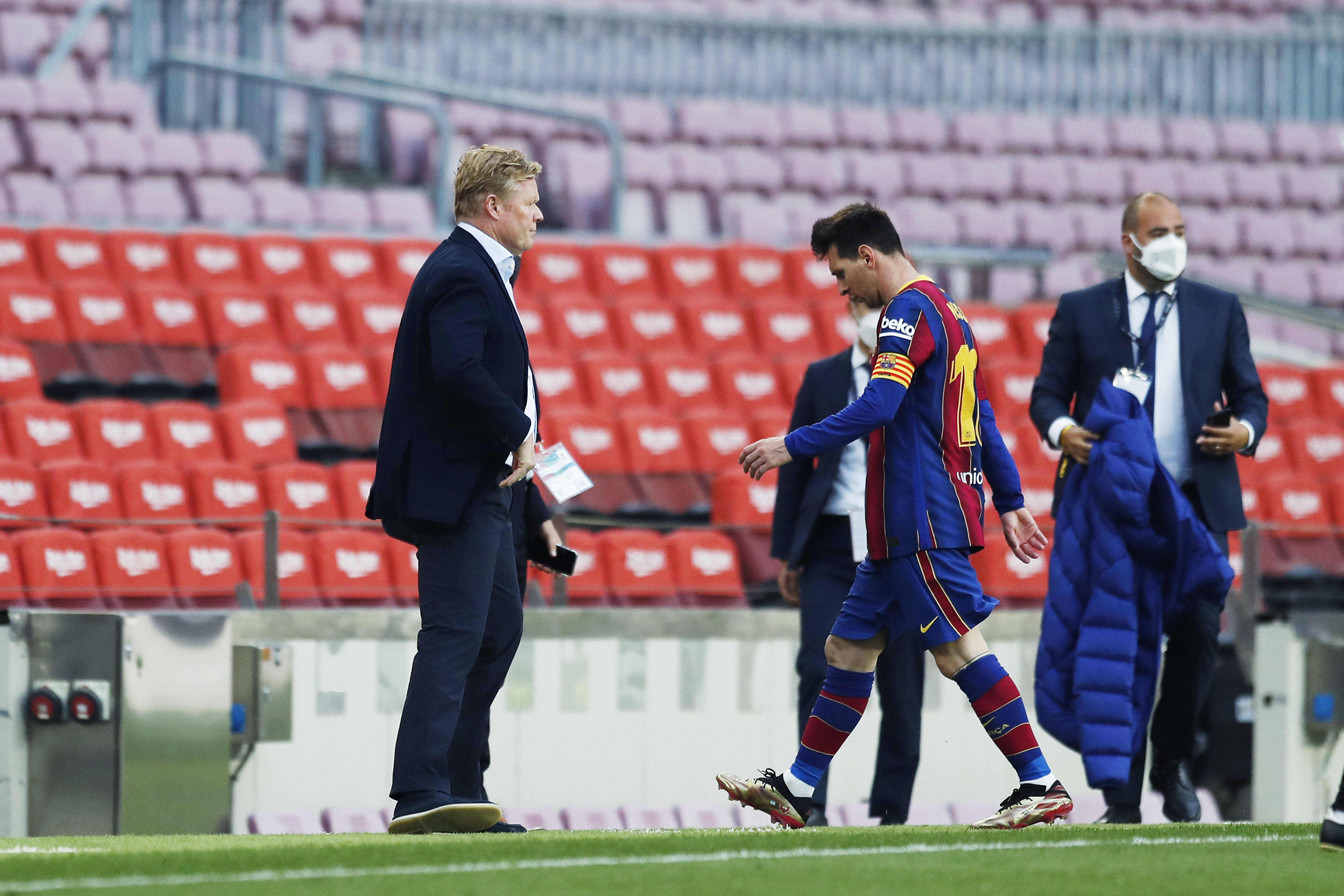 Ronald Koeman has suggested the Lionel Messi situation is just the tip of the iceberg at Barcelona.

The Dutchman is under increasing pressure at Barcelona following a difficult week which saw the Blaugrana lose to Bayern Munich before drawing with Granada.

Koeman appears to be safe for now, but he is fighting for his job, not helped by a plethora of injury issues and a lack of summer signings.

Even after Antoine Griezmann left late in the window, the loan signing of Luuk De Jong was the best Barca could manage.

And amid a number of wage cuts for senior players, chaos continues to reign supreme at Camp Nou.

It’s a long road road to recover for a club in pieces, and Koeman has hinted as much in an interview with Voetball Internacional.

Now, we will have to wait to see the full interview, but for now, we just have a hint from Koeman after a teaser was released.

The Dutchman simply said: “Messi has disguised everything,” hinting that the situation inside the club is a lot worse than what we see from the outside.

The full interview looks to be one worth tuning into when it is released in full.