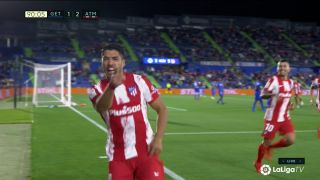 Just as it looked like time was starting to run out, the Uruguayan came up with an answer for Simeone's side 🔴⚪ pic.twitter.com/4sLv7EeNWu

Suarez, who was the differential figure in Atletico’s title victory last season following his high-profile free-transfer from Barcelona, will hope to repeat the trick in 2021/22. This evening’s work has taken his tally this term to three goals in his first six appearances.

Luis Suarez at the double to be the hero in a dramatic win for the champions 🔥 pic.twitter.com/vw6YwIOG27