Carlo Ancelotti on Marco Asensio: “It would be abnormal for a player who doesn’t play to be happy.”

Speaking to the media in comments carried by Marca, Carlo Ancelotti touched on the state of his team and the room for improvement they still have. He also touched on Marco Asensio, who’s not earning much prominence and is said to be disenchanted with the lack of opportunities he’s been given. 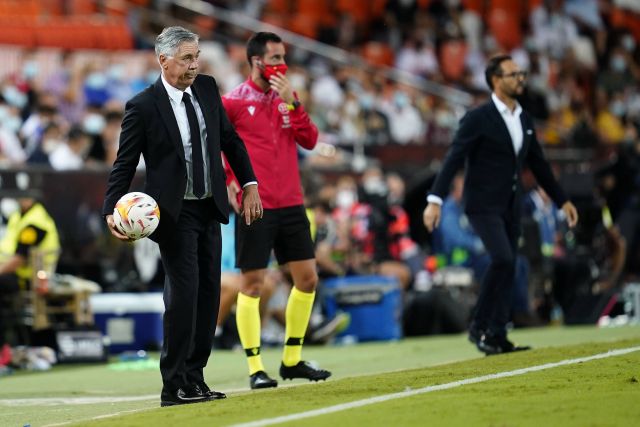 “With that attitude it always works out well, especially when you consider the quality the team has,” Carletto said of Sunday evening’s dramatic victory at Mestalla; his charges scored twice in the final minutes to win 2-1 after conceding first.

“That spirit is the basis of the results we’ve achieved. We’ve always fought to the end.” That’s not to say there isn’t room for improvement, however. There certainly is, he said, “especially in the consistency of our game. In defence we’re at 60% or 70%, but so far we’ve done well. Five away games at difficult stadiums with good results shows that this team has balls.” 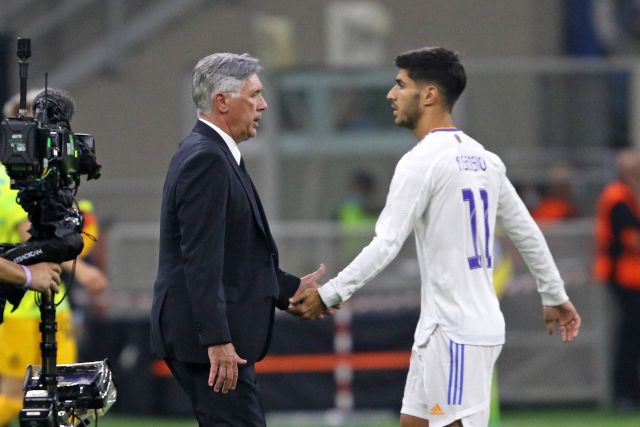 Ancelotti was keen to quell rumours of discontent from Asensio’s camp. The forward needs to be patient, he explained. “Everyone knows what I think, putting together a lineup is complicated,” he explained in comments carried by Diario AS. Asensio has made four La Liga appearances so far this season but has mustered only 68 minutes of game-time thus far.

“It may be that he’s unhappy, that’s normal. It would be abnormal for a player who doesn’t play to be happy. If Asensio, Isco, [Luka] Jovic aren’t happy, that’s fine. They don’t have to be. He trains well, and I like that. If everyone is plugged in they’ll have minutes. Isco and Jovic changed the dynamic of the team when they came on.”