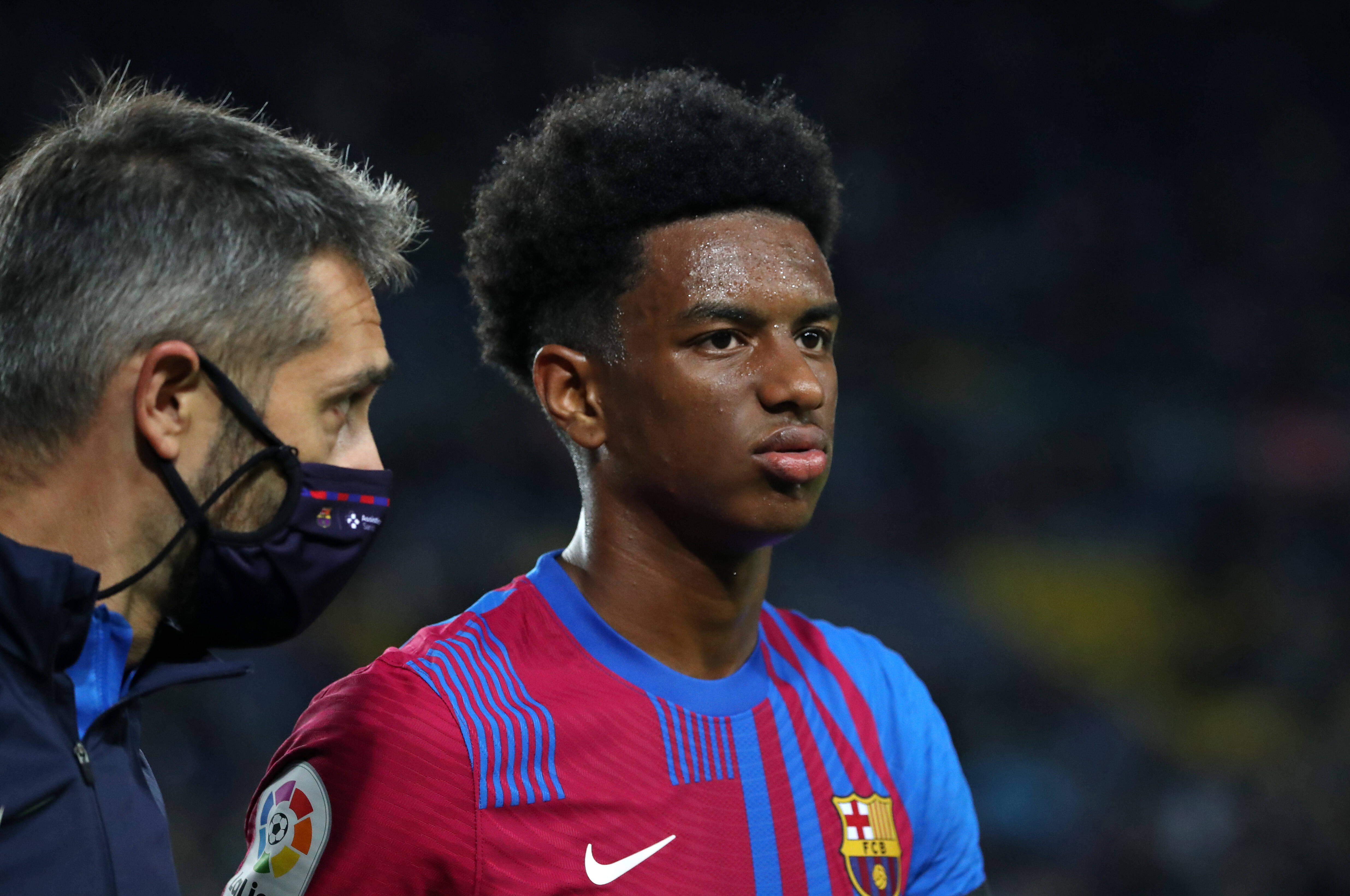 Barcelona suffered a potential injury blow during their disappointing draw with Granada.

The Blaugrana, and indeed manager Ronald Koeman, have had a difficult week, losing 3-0 to Bayern Munich in the Champions League before slipping up again in La Liga on Monday night.

Barca drew 1-1 with Granada, who had lost their two previous games ahead of making the trip to Camp Nou.

Domingos Duarte put Granada ahead within the opening minutes of the game, and while Ronald Araujo did manage to get Barca level, the Catalan giants couldn’t find a way to get in front.

But the result wasn’t the only blow for Barca, with youngster Alejandro Balde limping off an on his La Liga debut.

Balde had come in for the injured Jordi Alba, who looks like missing a number of weeks, but he too is now sidelined after getting pain in his lower back during the game.

Oscar Mingueza had to cover at left-back, and it’s unclear how long he will have to play that role.

Balde will undergo testing today to find out what the issue is and whether he can return to face Cadiz on Thursday and/or Levante on Sunday.