Ronald Koeman will take charge of Barcelona for their upcoming fixture with Cadiz at the Ramon de Carranza according to Mundo Deportivo. The Blaugrana are in crisis after their 3-0 humiliation against Bayern Munich in the Champions League as well as a tight 1-1 draw against Granada in La Liga – both at Camp Nou. 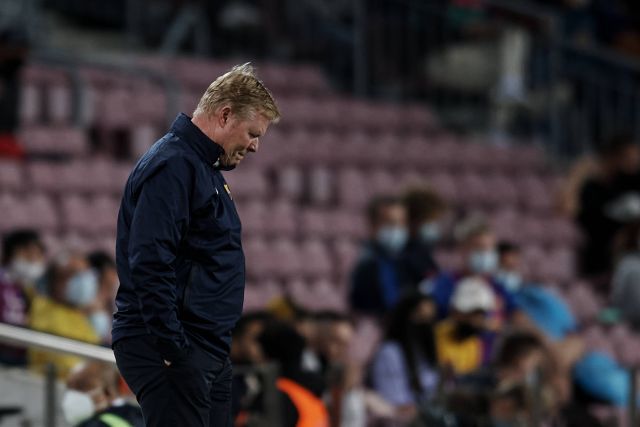 Koeman’s relationship with Joan Laporta is visibly strained, however, and two names have emerged as favourites to replace the Dutchman should he be relieved of his duties; Xavi and Roberto Martinez. Both have a good relationship with Jordi Cruyff, Barcelona’s head of international scouting and a close advisor to Laporta. Xavi supported Laporta’s rival Victor Font in last year’s presidential election, but people close to Laporta have assured him that Xavi’s the best option to lead Barcelona post-Koeman.

Martinez, currently in charge of the Belgian national team, would be difficult to secure. Koeman’s compensation should he be fired would amount to the not-insignificant sum of €12m, and should Barcelona go for Martinez they’d have to compensate the Belgian Football Federation. In two weeks Belgium face France in the semi-final of the Nations League and are in the midst of a qualification phase for the 2022 World Cup in Qatar.