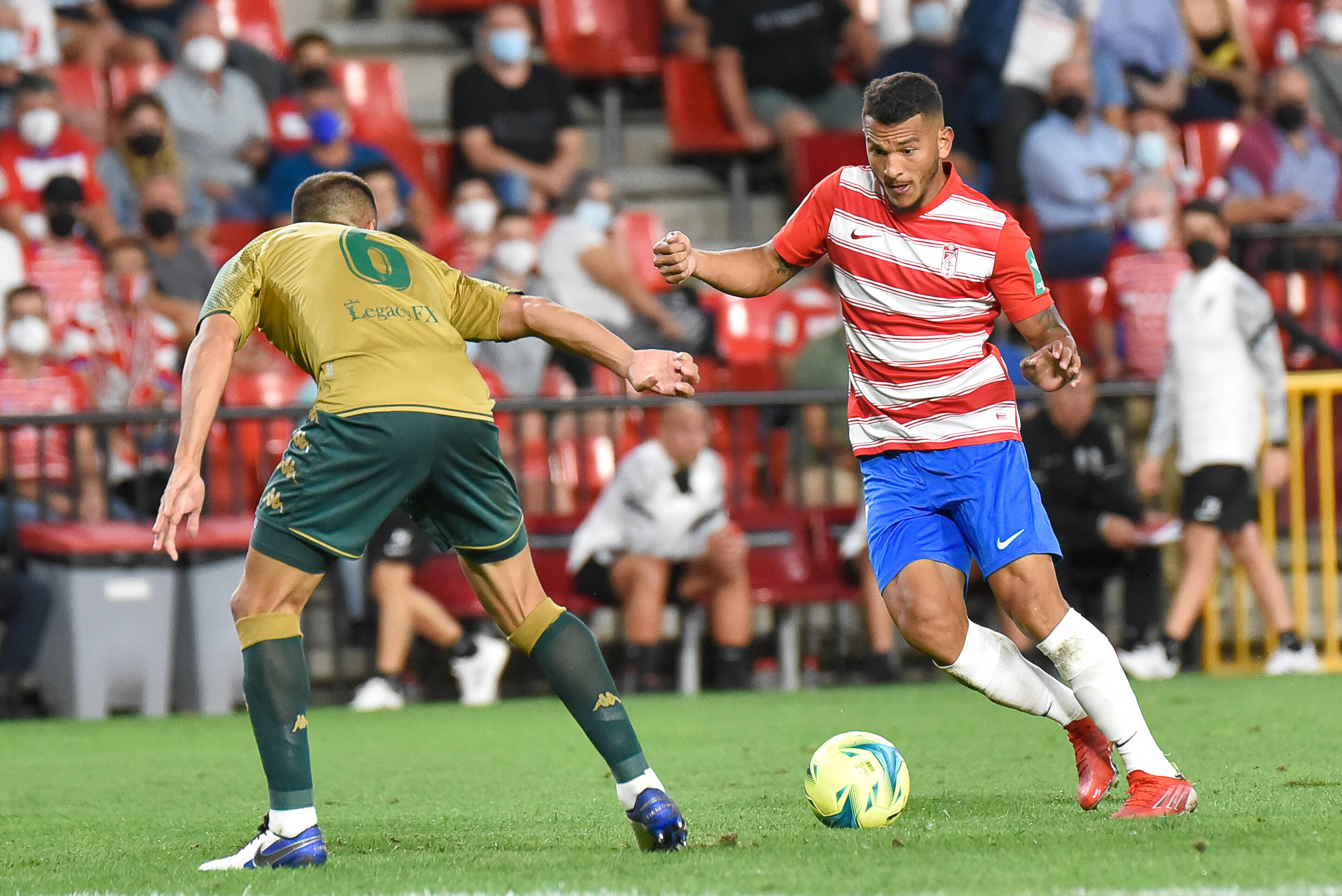 Luis Suarez sends warning to Barcelona ahead of Granada clash

Granada frontman Luis Suarez has sent a warning to Barcelona ahead of tonight’s showdown at Camp Nou.

Barca come into this one having made a decent start to their La Liga season, unbeaten through their first three games, but they got their Champions League campaign off to a nightmare start during the week.

Ronald Koeman‘s men failed to manage a single shot on target in a 3-0 home defeat to Bayern, and they come into this one desperate to get back some sort of good feeling.

On paper, they face friendly opposition as far as their objectives for this evening goes, Robert Moreno‘s men struggling so far.

Granada drew their first two games of the season, against Villarreal and Valencia, but they have since lost back-to-back games.

The Andalusian side were thrashed by newly promoted Rayo Vallecano 4-0, and they followed that up with a late 2-1 defeat to Real Betis last time out.

But despite their poor form, Granada forward Suarez says he is not scared of Barcelona.

He told Marca: “Going to Camp Nou is always complicated, regardless of what has happened at Barcelona.

“We are going to play our game. We are not going to think of them, good or bad.

Asked about the loss of Lionel Messi and whether that allows teams to play with less fear against Barca, he added: “They lost the best player in the world. I’m not scared to face Barcelona, but yes, they lost an important player.”