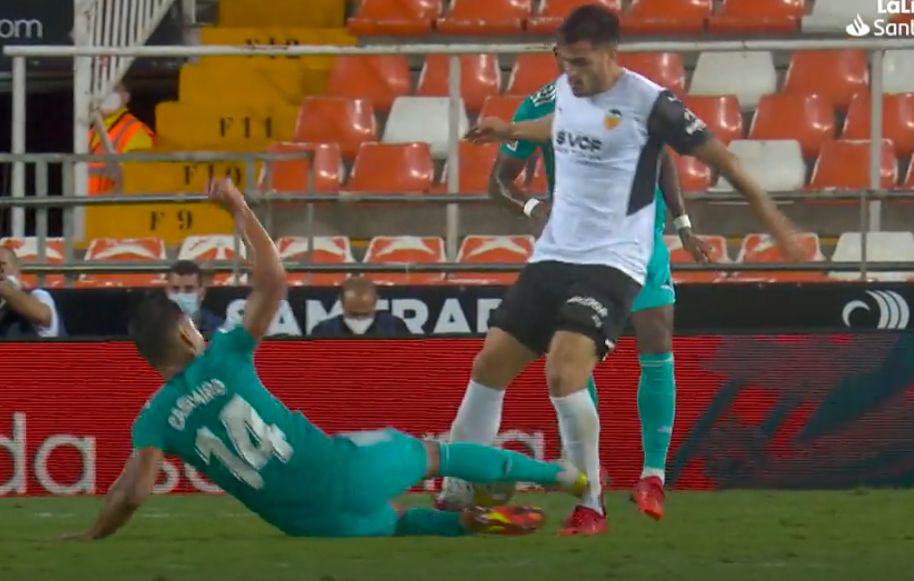 Los Blancos looked as though they were heading for a defeat after Hugo Duro’s 65th minute opener.

Though, the win wasn’t without controversy, with Real Madrid midfielder Casemiro putting in a hard-hitting challenge on Maxi Gomez when the score was still 0-0.

Referee Pablo Gonzalez Fuertes punished the challenge with a yellow card, but former referee Iturralde González believes it should have been a red.

He told Carrusel Deportivo: “For me, it’s a red. I remind you again that it doesn’t matter about the intention, it matters the way you enter.

“Casemiro should have been sent off for serious foul play.”

The challenge saw Casemiro take a chunk of the ball, but he also followed through and briefly planted his foot across the leg of Gomez.

The incident was, of course, reviewed by VAR, but it the review decided it wasn’t a clear and obvious error on the part of the referee.