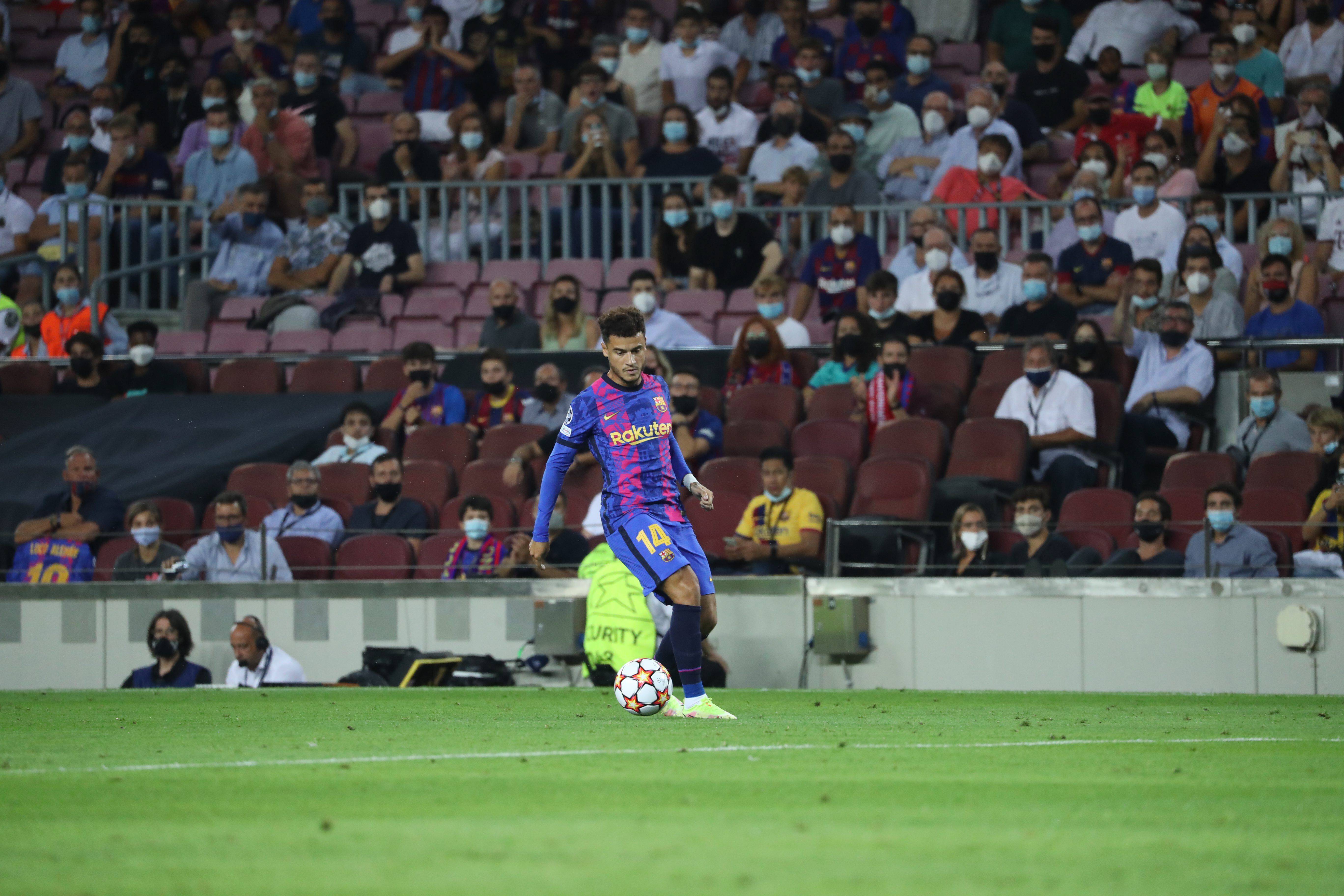 Philippe Coutinho to get Barcelona opportunity ahead of contract crossroads

Philippe Coutinho is set to get plenty of chance to prove himself this season.

The Brazilian has struggled since his big-money move to Camp Nou in 2018 from Liverpool.

He spent one year out on loan with Bayern Munich, winning a Champions League title, and has struggled for form and fitness, spending much of the last year out with a knee injury.

Coutinho is now back and fit, though, and he has already featured for the Blaugrana, coming off the bench during the Champions League defeat to Bayern.

According to Marca, Coutinho is now set to feature regularly under Ronald Koeman, whose squad has been significantly weakened over the summer.

Coutinho is out of contract in 2023, and so the next year will be crucial for his future.

Barcelona will likely have to make a decision next summer on whether to sell the midfielder or give him a new contract.

And currently, a new contract looks a long way away for the 29-year-old.