Barcelona star Memphis Depay has called on his teammates to learn lessons from their midweek defeat to Bayern Munich.

La Blaugrana kicked off their 2021/22 Champions League campaign with a disappointing 3-0 Camp Nou loss to the Bavarian powerhouse.

Bayern shrugged off the home side’s challenge with ease in Catalonia as Ronald Koeman and his players were given sharp dose of reality from the 2020 champions.

However, despite their frustrating start to European competition this season, Memphis believes there are real positives to on the horizon for Koeman’s young team. 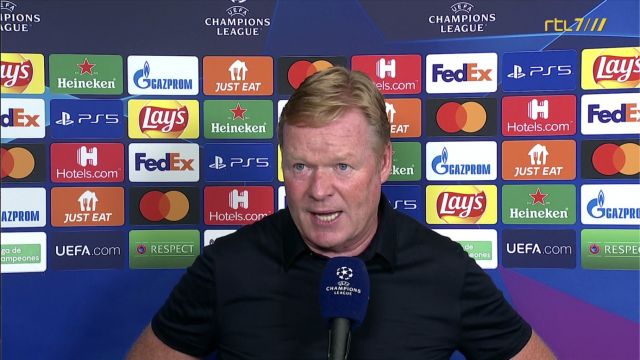 “Obviously the result against Bayern was disappointing”, as per reports from Marca.

“We have to learn from the defeat and we have to all row in the same direction to reverse the situation.

“But I firmly believe we will find a way to fight for every titles, we are Barcelona, and I want to help the club reverse this complicated situation.”

Memphis has impressed during his first few weeks at the club after completing a summer free transfer move from Ligue 1 side Lyon.

The Dutch international has netted two goals in his last two La Liga games to secure a vital four points against Athletic Bilbao and Getafe before the international break.

Up next for Koeman’s team is a Monday night clash at home to struggling Granada.