Atletico Madrid ended with ten players on the pitch in their bad tempered 0-0 draw away at Athletic Bilbao.

Los Rojiblancos move up to the top of the La Liga table overnight, as the defending champions retain their unbeaten record so far in 2021/22, with Real Madrid in action at Valencia tomorrow.

Neither side created anything resembling a clear opening in the 45 minutes in a scrappy first half at the Estadio San Mames.

Diego Simeone’s side did look to step it up a gear after the break as Angel Correa headed a brilliant chance just wide of the post. 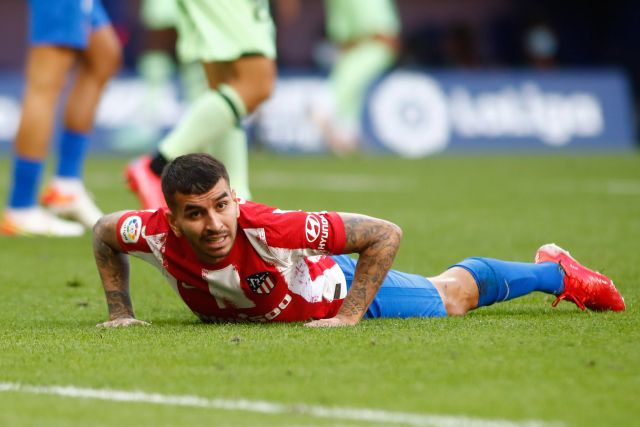 Correa’s did miss encourage the visitors to push forward for a winner late on with Spanish international Marcos Llorente denied by the post with 15 minutes to go.

Two yellow cards in a matter of seconds for the Portuguese player 🟥 pic.twitter.com/1MLfihAzeA

However, with Atletico unable to make their chances count in the closing stages, a frustrated Joao Felix was dismissed for two quick bookings for a foul and dissent towards referee Gil Manzano.