Radamel Falcao appears to have taken a strange number following his move to Rayo Vallecano.

The former Atletico Madrid and Manchester United star signed for Rayo on a free transfer following the transfer deadline, managing to cancel his Galatasaray contract just in time.

Falcao spent around two years at Galatasaray following his time at Monaco, which included disappointing loan spells at Manchester United and Chelsea.

But he only managed 34 league appearances during his time in Turkey, and he is now braced for a new challenge with Rayo as they look to dodge relegation in their first season back in La Liga.

Falcao is yet to feature for his new side, but he should feature this weekend when they take on Getafe at home.

And it seems the Colombian will wear a rather strange number, or at least as far as strikers go. 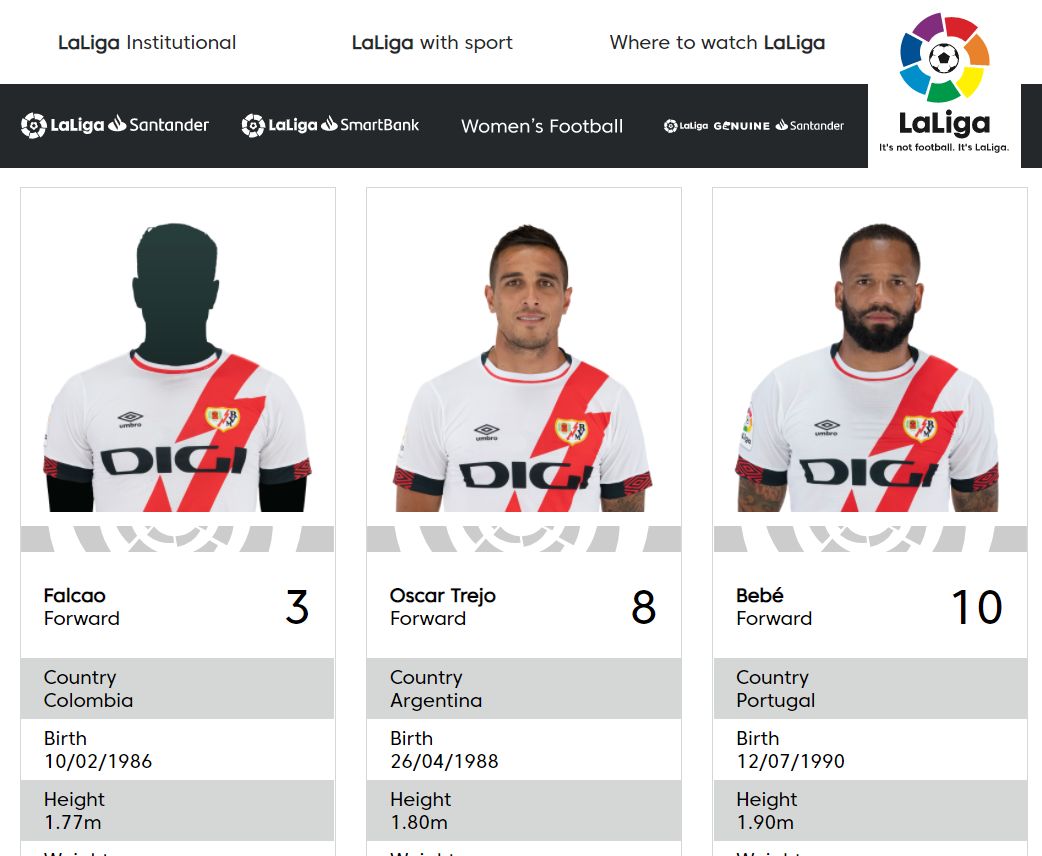 Falcao is listed as number 3

According to the La Liga website, Falcao has been given the number three at Rayo, a number usually associated with defenders.

The striker has worn the number nine since 2008 and his River Plate days, but it now seems as though he will take the number three as he starts life in Vallecas.