Joan Laporta has released a message on social media explaining the dire situation Barcelona find themselves in and asking the club’s angry supporters for their trust and support as they seek to find a way out of it. The message came in the wake of a limp and humiliating 3-0 defeat at the hands of Bayern Munich at Camp Nou in the Champions League on Tuesday evening.

“Hello Culers, I am as disappointed and upset as all of you are,” Laporta said from behind his desk. “I need to tell you that what is happening is one of the situations that we expected. I ask you for your patience and that you continue supporting our team. I also ask for your trust in us, the people who are managing the club. We need your trust and time, and do not doubt that we will solve this situation. Thank you very much and Visca El Barca!”

Laporta was elected as president of Barcelona for the second time at the beginning of the year after his predecessor, Josep Maria Bartomeu, saw his reign end in disgrace. Bartomeu mismanaged Barcelona in a way that the Coronavirus pandemic laid bare, leaving the club in unprecedented financial crisis. Laporta, who previously oversaw a glorious era at Camp Nou between 2003 and 2010, was elected on the basis that he could turn the ship. 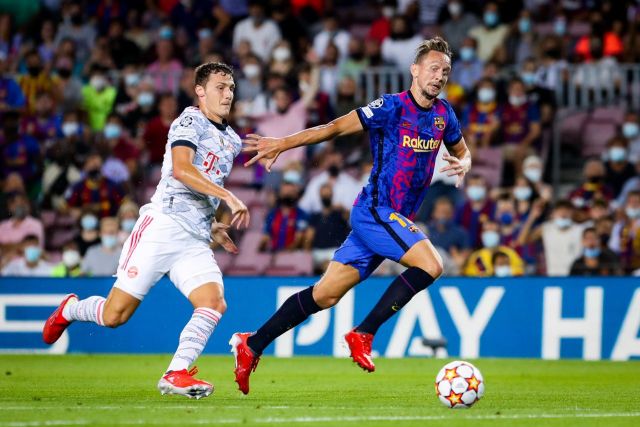 So far, he’s struggled to do so. Despite spending the majority of his campaign promising to keep Lionel Messi, he was forced to allow the Argentine to join Paris Saint-Germain even though he wanted to stay. His relationship with coach Ronald Koeman is tense, and the team is directionless on the pitch. Tough times are ahead for Barcelona as they seek a way out of this mess.