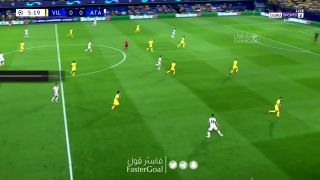 Watch: Atlanta take the lead against Villarreal in the Champions League through Remo Freuler

Villarreal welcome Italian high-fliers Atalanta to La Ceramica this evening to get their 2021/22 Champions League campaign up and running. The Spanish side didn’t have a game last weekend and so will be well-rested and raring to go come the first whistle.

Remo Freuler has scored in the Champions League for the first time since February 2020.

Atalanta off to a fast start. 🔥 pic.twitter.com/Z3TdLNXfjU

The Yellow Submarine qualified for this season’s Champions League thanks to their victory in last season’s Europa League. Manchester United, the club they beat to win it, are in their group, as are Swiss outfit Young Boys. Atalanta and United are tricky customers, so a positive result this evening would go a long way to setting Villarreal up for a good run.

Unai Emery, who enjoyed success with Sevilla in a previous life, has recruited intelligently since taking over at Villarreal in the summer of 2020 and will hope to improve on last season’s seventh-placed finish in La Liga. The Yellow Submarine currently sit 13th in the league table and have a game in hand.

Things didn’t get off to the best of starts for the hosts. Atalanta got their noses in front just six minutes in through Remo Freuler, who scored his first Champions League goal since February 2020. He finished decisively after slack defending from Villarreal.