This was written after Spain lost 2-1 to Sweden on September second.

It was a night for the history books. Unfortunately for Spain, it wasn’t a page they wanted to write, not at this time, and not in these circumstances.

Spain’s 66-match unbeaten streak in World Cup Qualifiers came to an end in Solna on Thursday night, and the defeat couldn’t have been more damaging. The Spaniards hadn’t tasted defeat en route to a World Cup since March 1993. It was a narrow defeat to Denmark, in which Peter Schmeichel and Pep Guardiola both played. Sevilla coach Julen Lopetegui was on the bench that day. But this defeat to a well-organised and effective Swedish side leaves Luis Enrique’s men two points off the top in Group B but having played a game more than the Swedish leaders. With only one nation qualifying automatically, Spain’s chances of taking top spot have plummeted.

The play-offs now look like the most likely avenue to qualify for Qatar 2022, and you only need to ask the Italians about the perils of that particular hurdle. Compared to the relative serenity of European Championship qualification, margin for error aplenty, the restricted European quota makes this process much more demanding. Spain needed a late Dani Olmo goal to win in Georgia, having already stumbled in their opener. The 1-1 draw at home to Greece was not the ideal start, and Luis Enrique continues to chastise that penalty decision six months on.

After their last World Cup qualifying defeat, in the 1994 campaign, Spain had to win their remaining five matches to ensure qualification, and they just about achieved it. The last time Spain failed to reach a World Cup was 1974 in West Germany, but the prospect of a repeat has come sharply into focus. Luis Enrique admitted: “We are on the wire”. 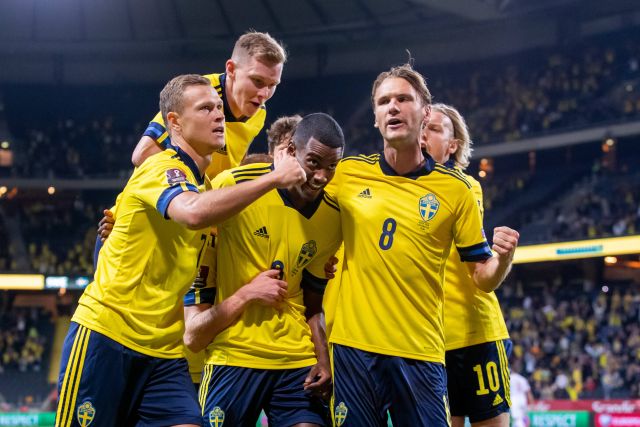 Marca called it “Batacazo Mundial”, a blow just a day after warning that this significant game had crept up everyone. The attentions of the masses have been on the start of the domestic season, the European competition draws and the incredible finish to an unforgettable transfer market; La Liga betting has underlined the fact that this season’s Spanish title race is going to be challenging indeed to predict, with little certain. Statistician Mister Chip also explained that this was the first time ever that Spain had lost a World Cup Qualifier having scored first.

It had started so well. Carlos Soler, on his senior debut, ghosted in at the far post to meet Jordi Alba’s cross and open the scoring inside five minutes. Everything he touches seems to turn to gold at the moment, having already scored in each of Valencia’s first three La Liga matches, including a match-saving penalty at Granada and an audacious scorpion goal against Alaves.

The celebrations were short-lived, however, as Sergio Busquets failed to gain control of the ball just outside his own box, and Alexander Isak pounced and fired home an equaliser. The Real Sociedad frontman must have enjoyed scoring past Unai Simon of Athletic Bilbao. Spain slowly regained control but were unable to find the cutting edge in front of goal. This has been a familiar problem for Luis Enrique’s side. It seems trite to criticise a side who put six past Germany less than a year ago and scored five goals in consecutive games at Euro 2020. But the reality is Spain often look ineffective and unthreatening in the final third.

In the second half, the control was more emphatic, but the goal still would not arrive. Sweden were always a danger on the break, and Dejan Kulusevski was beginning to find acres of space in which to operate. It was through him that the winning goal arrived: he worked space down the left before setting up ViKtor Claesson, who drilled the ball into the back of the net. Just like the goalless stalemate to open the Euros, Sweden coach Janne Andersson perfected his gameplan once again. Alexander Isak and Emil Forsberg continued to torment the Spanish defence, who were increasingly exposed as Spain pushed for the equaliser. It was a surprise that the hosts didn’t add to their lead and definitively end the game with a third goal. 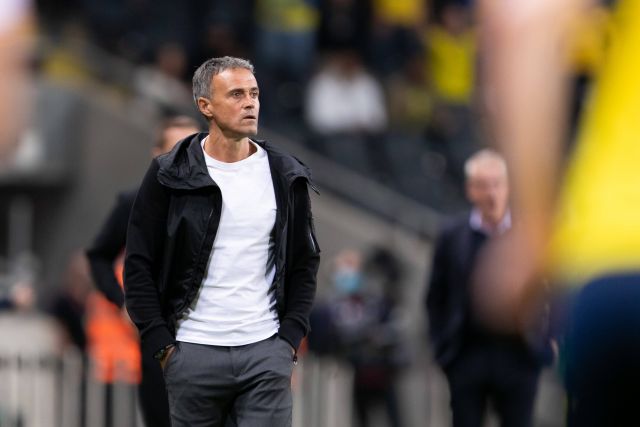 Combining the match in Seville at Euro 2020 with this one, Spain averaged 80% possession, had an xG of 4.5 to Sweden’s 1.8 and outshot them 29-10 (9-5 shots on target). But Spain only had one goal and one point to show for these efforts. If there is such a thing as an international bogey team, Sweden are undoubtedly Spain’s nemesis, especially on Scandinavian soil. It is the country where Spain have played most often without ever winning (six, four draws and two defeats).

Much of the discussion in the build-up (what little there was) centred on who was left out of the squad. Pedri, Pau Torres, Dani Olmo and Mikel Oyarzabal were all given time to rest after draining summer schedules. This quartet were not just protagonists at the Euros, but also featured as central figures to Spain’s Olympic bid in Tokyo. Their workload and lack of rest has been well documented, so the Spanish Football Federation (RFEF) allowed them to sit this set of fixtures out. While there was universal agreement with this decision, there must be a part of Luis Enrique left to feel rueful at their absence.

That said, the lineup against Sweden contained eight of the side which started the Euro 2020 semi-final against Italy at Wembley. There can be few excuses: Ferran Torres has started the season for Manchester City in fine form, Gerard Moreno is the best Spanish forward in La Liga, and Alvaro Morata’s record for Spain is decent if not always totally convincing. There should have been enough to cause the Swedes more problems. When Moreno was forced off, apparently holding his hamstring, you could almost hear Unai Emery’s groan, but it did allow Adama Traore to have a decent run-out. The Wolves winger looked promising, but faded towards the end, as did the collective performance. There was to be no late salvo on this occasion.

Qatar qualification is now much more complicated. They simply must win their next two matches, against Georgia in Badajoz and away to Kosovo. Then their attention must turn to the Italians in October for the Nations League finals, before the final pair of qualifiers in November. A trip to Greece and a return home game against Sweden looks ever-more daunting. Other nations currently occupying the play-off spots include Germany, the Netherlands, Ukraine, Switzerland, Poland and Czech Republic. Anyone who assumes that Spain would coast through a play-off is under false pretences. Spain have made life hard for themselves, and the road to Qatar now looks like a long and winding one.