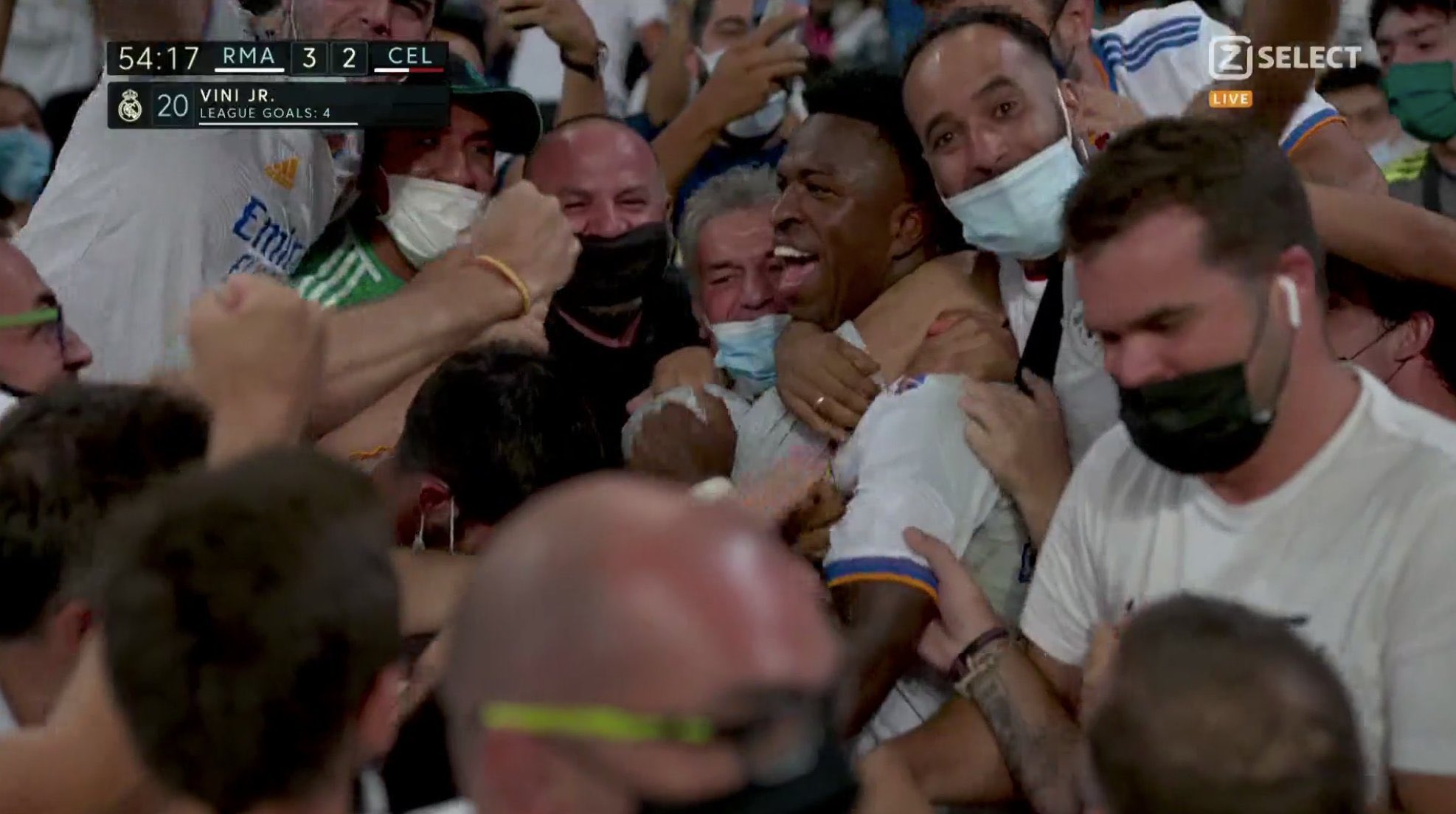 Vinicius Junior won’t be sanctioned by La Liga for his celebration for Real Madrid against Celta Vigo at the Santiago Bernabeu last night according to Marca. Madrid won the game, their first back at the Bernabeu, 5-2 thanks to a hat-trick from Karim Benzema as well as goals from Vinicius and debutant Eduardo Camavinga. Vinicius leaped into the crowd in celebration, a no-no in times coloured by Coronavirus.

Real Madrid might have two big cornerstones of their immediate future in these two. Vinicius already becoming an undisputed starter and Camavinga with a great debut. pic.twitter.com/KGy0x0Cj5i

It was a celebration that sparked disapproval on social media, but in truth it’s far from unprecedented. Levante celebrated Jose Campana’s equalising goal against Madrid back in August by doing the same. Just like Vinicius, he was booked for the celebration but not subjected to any further reprimand. The worst he’ll get will be a warning from the Competition Committee.

Madrid are now top of the table after four games played, with the second Carlo Ancelotti era off to a good start. They’ve played four, won three and drawn one game, and are level on points at the time of writing with surprise package Valencia and last season’s champions Atletico Madrid. Barcelona and Sevilla, two other contenders for the title, didn’t play this weekend.