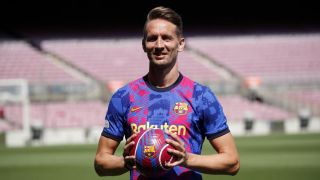 Luuk de Jong on Memphis Depay: “We played very well together and had a great connection. Hopefully we have the same connection at Barcelona.”

Luuk de Jong has been introduced as Barcelona’s new centre-forward after joining from Sevilla on loan. The Dutchman arrived amid a flurry of activity on transfer deadline day that saw Saul join Chelsea, Antoine Griezmann head to Atletico Madrid and De Jong head north to Camp Nou to work under Ronald Koeman, who’s coached him with the Dutch national team.

“Today is a day in which we’re very happy at the club,” Joan Laporta said at De Jong’s presentation in comments carried by Diario AS. “We present a player who knows his trade. This presentation is a pleasure because Luuk is a player who can contribute a lot and we like his way of being. Ronald asked for him and we managed to sign him at the last minute. The transfer market this year has been a last minute market.” 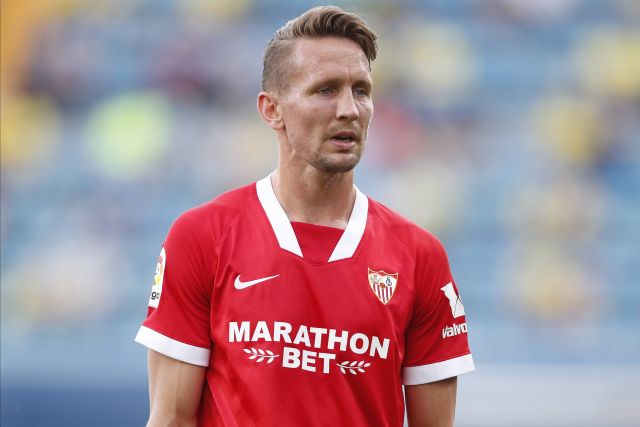 De Jong was similarly enthused. “I hope we have a great season together and that we win many titles,” he said. “The team received me very well. This is a family; I have a great relationship with the coach and I love working with him. I’m very happy to be here; everyone is helping me.

“I have a great relationship with [Memphis Depay] and with Frenkie [de Jong]. I know Memphis from PSV. We played very well together and had a great connection. Hopefully we have the same connection at Barcelona. I know Frenkie very well; it’s a pleasure to play with players of such quality.” 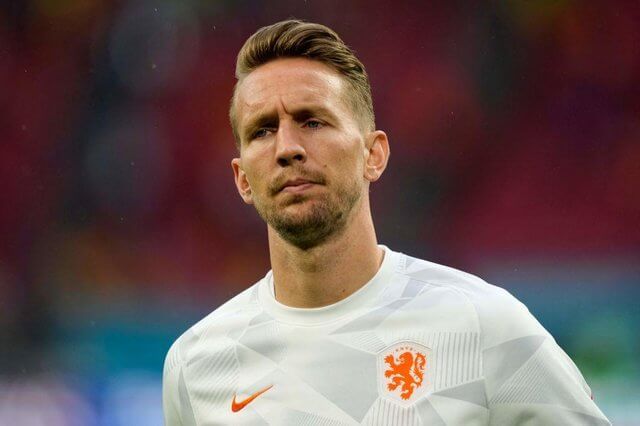 De Jong, 31, has scored the majority of his career goals with PSV.; 112 in 204 games. He’s also hit 59 in 120 for Twente, and managed 19 in 94 for Sevilla. The centre-forward also endured less fruitful spells in Germany and England with Borussia Monchengladbach and Newcastle United respectively. He’s scored eight goals in 38 appearances for the Netherlands.

Barcelona face a difficult season. They lost Lionel Messi as well as Griezmann this summer, to Paris Saint-Germain, and are now heavily reliant on their younger guns to step up to the plate and help the club compete in La Liga and the Champions League. They opened the season with a 4-2 defeat of Real Sociedad before drawing 1-1 with Athletic Bilbao in the Basque Country and recording a narrow 2-1 win over Getafe. Bayern Munich are next.