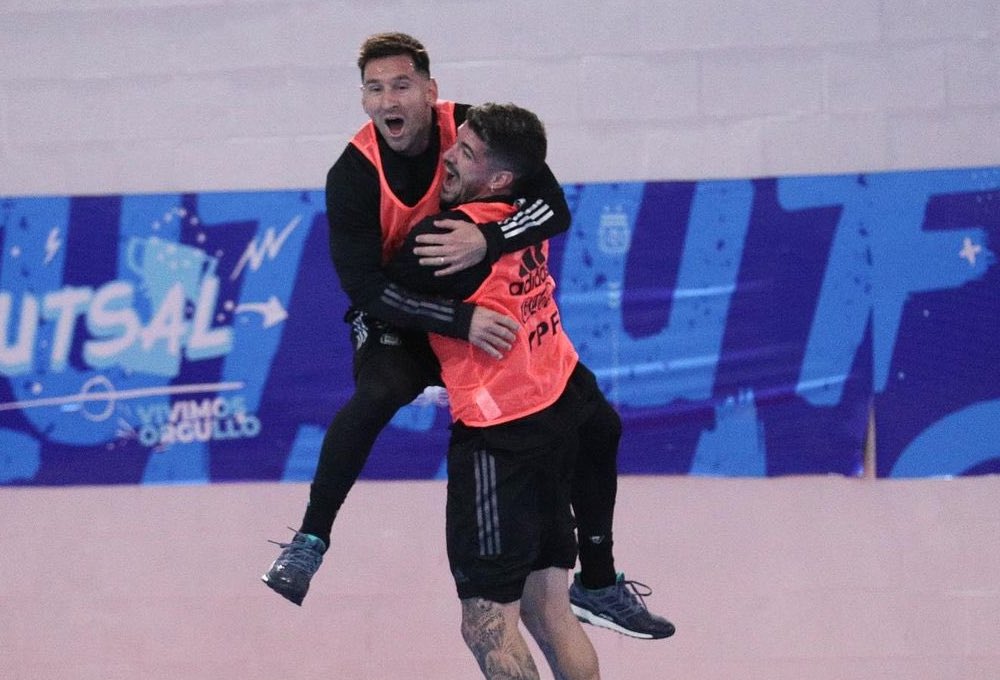 Lionel Messi endured a tumultuous summer. He hit the highs of winning the Copa America with his beloved Argentina, their first title since 1993, but then had to leave Barcelona, the club he joined as a child, after it became evident they wouldn’t be able to afford to register him. He shed a tear in his farewell press conference and joined Paris Saint-Germain on a free transfer.

He’s made his debut with PSG already, and is determined to win one last Champions League title before he calls it a day. Joined in the French capital by the likes of Sergio Ramos and Neymar, that doesn’t look to be a ridiculous proposition. Messi’s key ambition, one could argue, is to win the World Cup with Argentina before he retires, matching Diego Maradona’s feat in 1986.

The Argentina national team. This via Lionel Messi's Instagram. pic.twitter.com/P6GWHaRRbh

Everyone knows how important Argentina is to Messi, and the 2022 World Cup will probably be his last chance to do so. They’ve enjoyed an eventful international break; they beat Venezuela 3-1, then saw their clash with Brazil interrupted by immigration officials and postponed. They face Bolivia this evening, and are currently six points behind Brazil in World Cup qualifying.