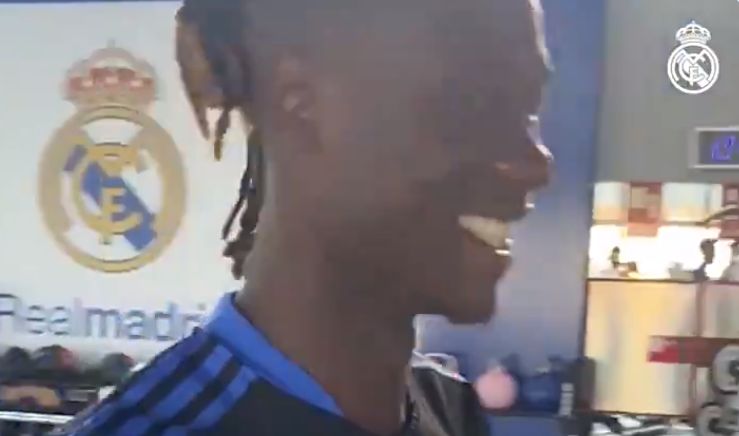 Eduardo Camavinga links up with Real Madrid teammates after medical

Eduardo Camavinga is already training with Real Madrid following his transfer from Rennes.

The young midfielder joined Real Madrid on deadline day for €31million, Los Blancos moving to secure him a year earlier than expected.

And following the international break, Camavinga has already linked up with his new Real Madrid teammates.

The 18-year-old completed his medical recently, as confirmed by the club, who posted a video of Camavinga who was taking part in a weights session with teammates.

Whether the midfielder will be involved in this weekend’s clash with Celta Vigo remains to be seen.

But he will be pushing to feature in some capacity, especially with Real Madrid preparing to play their first game at the Santiago Bernabeu in more than a year.

Camavinga’s timing to get a grand welcome from supporters couldn’t have been much better, if indeed he can muscle his ways into Carlo Ancelotti‘s plans.

And Real Madrid could do with some extra strength in midfield given injuries to Toni Kroos and Dani Ceballos, while Luka Modric’s return from injury ahead of this weekend is not certain.

There is also doubt over Casemiro’s participation this weekend with the Brazilian returning late following the extension of the CONMEBOL international window.