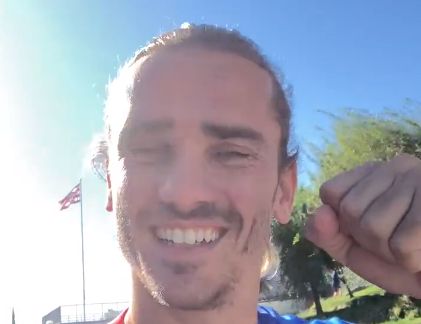 Antoine Griezmann is already back with Atletico Madrid following his move from Barcelona.

The Frenchman secured his return to the Wanda Metropolitano on deadline day, signing on an initial loan deal that will become permanent if he plays more than half of the games he is available for this season.

The move came just before the international break, and so Atletico Madrid fans have had to wait to see the former favourite’s actual return.

But after scoring a brace for France in a 2-0 win over Finland last time out, Griezmann is already back in Madrid.

And Atletico have posted a video of the forward in Atletico training gear sending a message to fans.

He said: “Hello Atleticos, I’m already here” with a great big smile on his face.

Griezmann scored 94 goals in 180 league appearances for Atletico the first time around, and after an underwhelming time at Barcelona, he will be keen to recapture that form he showed in his first spell with Los Rojiblancos.