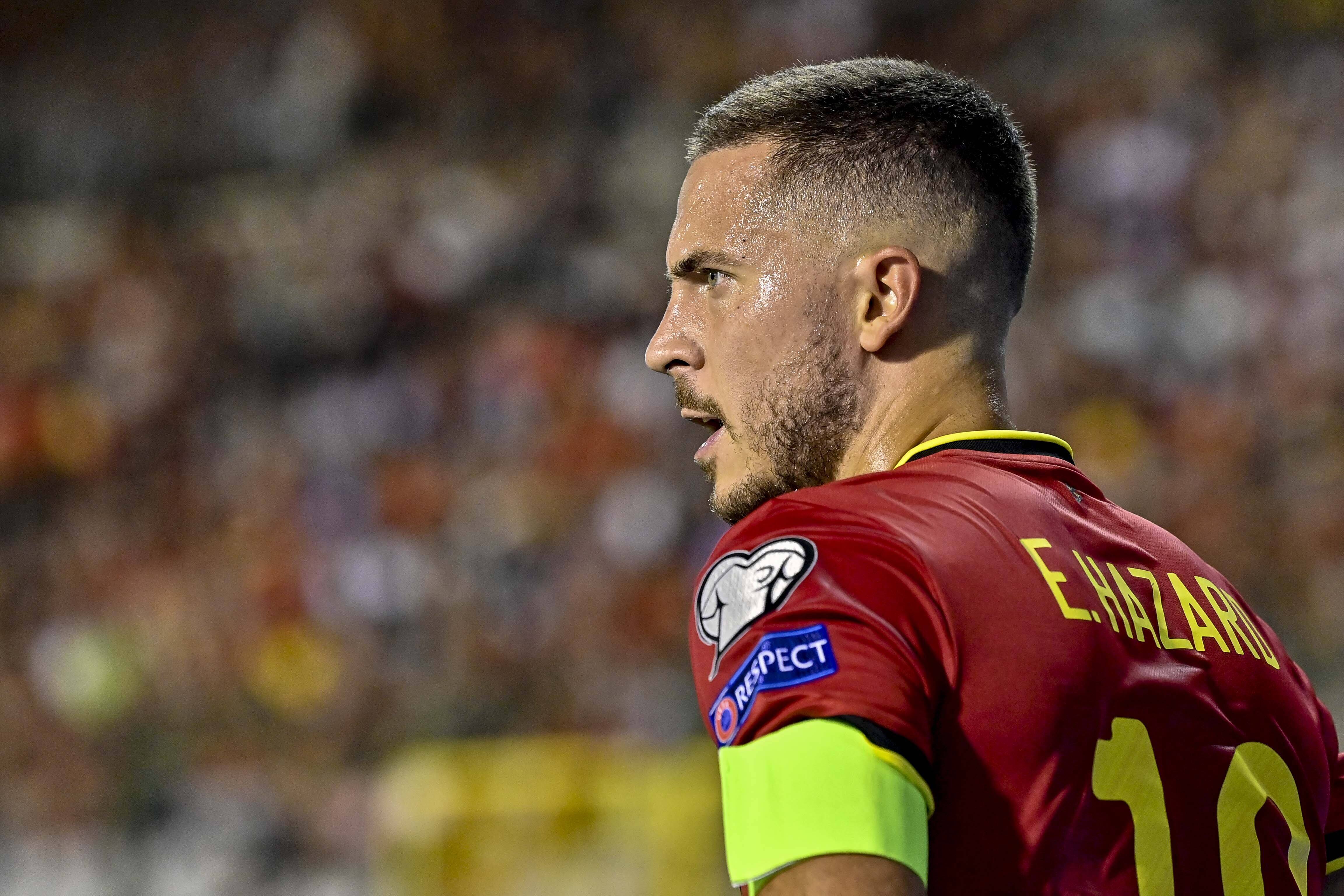 Eden Hazard was on target for Belgium on Sunday night, scoring a much-needed goal.

The Real Madrid winger has struggled again this term, losing his starting spot to Vinicius Jr last time out, the Brazilian impressing off the bench in previous games, while Gareth Bale has also done enough to keep his spot.

Hazard just hasn’t been able to change his narrative at the Santiago Bernabeu having struggled since his 2019 move from Chelsea for more than £100million.

But he did manage to get a confidence-boosting goal for Belgium on Sunday evening.

Belgium claimed a comfortable 3-0 win over Czech Republic on Sunday in their World Cup qualifier to extend their lead at the top of their group, and Hazard scored the second of those goals.

The Belgium slotted home a nice finish from inside the box after a fine break from the Red Devils.

The former Chelsea winger will now be hoping to take that form into Wednesday’s clash with Belarus and indeed Real Madrid’s upcoming outings against Celta Vigo and Inter Milan.