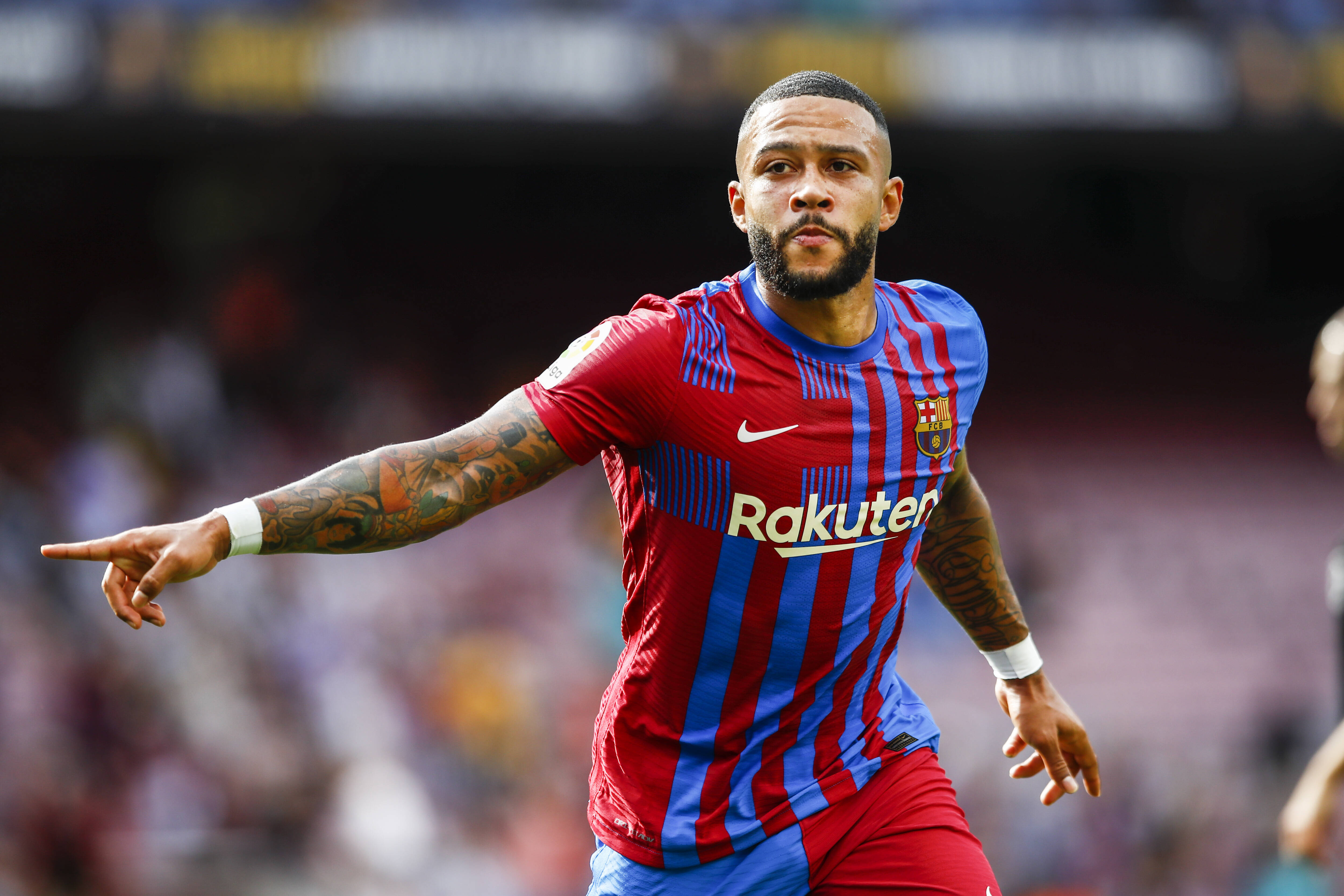 Barcelona’s search for a new superstar has not lasted long at all.

But new frontman Memphis Depay is helping to soften the blow.

After Messi was forced away this summer, focus quickly changed to the current squad as Barca fans looked for a new player to adore.

Antoine Griezmann seemed the most obvious, with suggestions he could emerge from Messi’s shadow, while a stunning comeback season for Philippe Coutinho – which could still happen, by the way – was touted as one of the more unlikely scenarios.

But just three games into the La Liga season and Barcelona appear to have already found their new star.

Step forward Memphis, the free signing from Lyon, the man who didn’t convince at Manchester United.

The Dutchman was electric at Lyon, but who pays attention if you’re not doing it in La Liga, the Premier League or Bundesliga these days, eh?

Barcelona paid attention, though, and the result is a cushioned fall from the departure of the club’s greatest ever player.

Now, a club like Barcelona, even in their current predicament, were always going to find good players as they looked to fill the void left by Messi.

But when it comes to Messi, it’s about the type of player. Messi wasn’t just incredibly talented, he was a showman, a player who caused jaws to drop in disbelief week by week.

And while you can’t draw comparisons between Memphis and Messi, the former is already creating those kinds of moments in a Barca shirt.

When he scored the equaliser in Bilbao against Athletic Club last weekend, few had realised the ball had actually gone in, it was that well hit, it was that good a strike. Disbelief.

When Memphis scored the winner for Barcelona against Getafe over the weekend, he left poor Getafe defender Juan Iglesias performing a tango in his own box as he sold him with a step-over, a dummy and then a powerful shot inside the near post. Disbelief.

To the same level? Perhaps not. As frequently? Definitely not. No one can, after all, that’s why Messi is in a class of his own, but it’s already becoming clear that Memphis is Barcelona’s new superstar, and there might just be a lesson to the overspending Blaugrana that he cost absolutely nothing, or at least in terms of transfer fees.