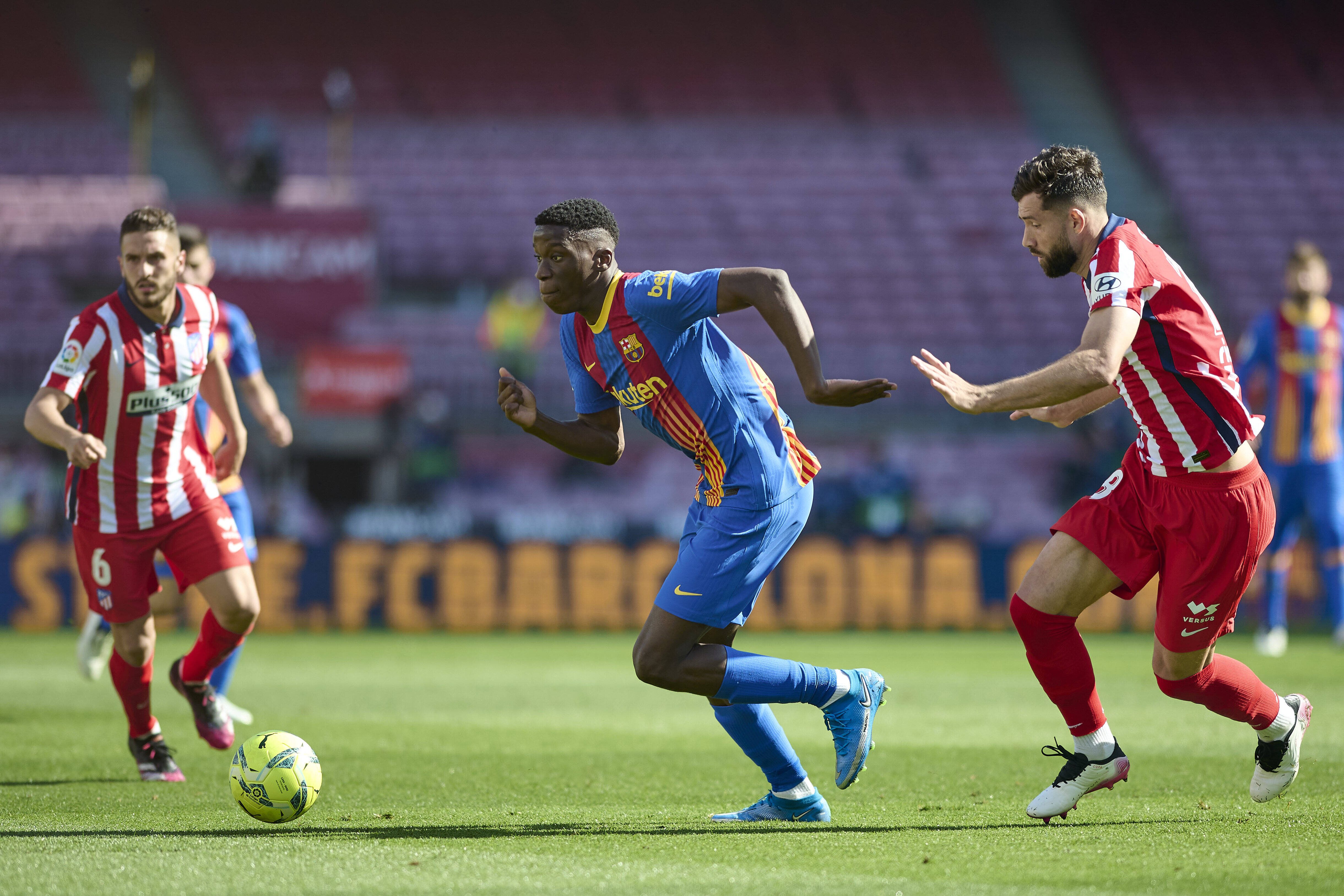 Ilaix broke into the first team at Camp Nou last season, earning significant minutes under Ronald Koeman and appearing to have a bright future with the Blaugrana ahead of him. Contract negotiations have rumbled on in the background, however, with his current deal at Barcelona up next summer. Barcelona had to either sell him this summer or risk losing him on a free in 2022; Joan Laporta, a more clinical operator than Josep Maria Bartomeu, his predecessor, was clear that it would be the former.

Ilaix Moriba to RB Leipzig is looking more and more likely. The player’s side told Tottenham yesterday that they have made their choice to join the Bundesliga.

Moriba would be the replacement for Marcel Sabitzer. Fee around 20m€. #TransferUpdate

Ilaix is just 18, and recently decided to switch his international allegiance to the country of his birth, Guinea, from the country where he grew up, Spain. He came through the youth system at La Masia, but looks as if he’ll be pursuing a career elsewhere.

It’s a story that, according to a Twitter user who goes by the name of Allegro Misantroppo, is complex. He alleges that Ilaix recently joined Rogon, a representation agency with little reputation in Spain. Their most important clients are players who’ve spent time in the Bundesliga, like Roberto Firmino, Julian Draxler, Marcel Sabitzer and Thilo Kehrer. That’s why Rogon want to take Ilaix to Leipzig; for a juicy commission.

The first offer Leipzig submitted was just €6m, a low fee for a player of Ilaix’s potential. The reason being is that the more Barcelona earn from the deal the less Ilaix does, and the less Ilaix does the less Rogon does, through commission. Hence the hard-headed negotiating tacts on their behalf. Tottenham came in with a good offer, but the player and his entourage only have eyes for the Bundesliga. Ilaix is a footballer, one who had a bright future at Camp Nou. According to Misantroppo, however, he’s now been commandeered as a mere commodity.