From Kang-In to Kang-Out: How one youngster came to typify Valencia’s management

Without so much as an announcement, Kang-In Lee’s chapter at Valencia has come to a close. And with it, Meriton Holdings have humiliated themselves even further.

“One of the cornerstones of Meriton Holdings’ project since their arrival at Valencia CF as majority shareholders has been a commitment to young talents from the VCF Academy system. One such example has been the career to date of Kang In.” Not my words, nor Football Espana, but of Valencia themselves. Just at a time when the club were preparing to allow the likes of Dani Parejo, Francis Coquelin, Geoffrey Kondogbia and Rodrigo Moreno to leave on cut price deals.

The future was Kang-In. These overpaid, ageing stars were the past. The future lay in trusting Meriton, and trusting the young talents that they were bringing through, like Kang-In.

That was posted on July 7th, 2020. A little over a year and just 15 starts later, Kang-In was given a free transfer to join RCD Mallorca. Cast aside, he was blamed for the club’s inability to bring in new signings and forced out of the club. 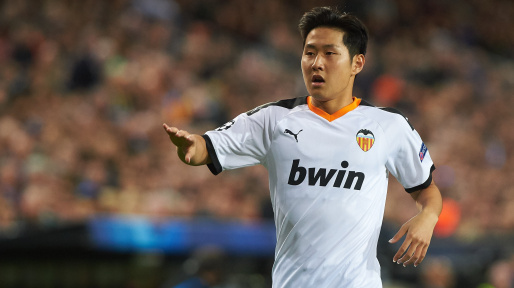 It’s become an issue that has become symbolic of Meritons’ chaotic management of the club. Peter Lim, Anil Murthy and co. have continually given great importance to individuals without following up on it.

Short-term vision, pretending to be focused on the long-term. Just like with the appointment of Javi Gracia, only to fail to fulfill any of the promises made to him on the development of his squad. Now, it’s Kang-In. A young talent treated as the Messiah only to be discarded before his 21st birthday.

This debate does not go so far as to decide whether Kang-In was ever so good, or if he is now so bad. The truth is that he was neither. He was a promising talent who is yet to fulfill his full potential. And does not fit the scheme of the current coach.

This is a matter of good long-term management, and poor long-term management. It is up to those behind the scenes to ensure that talents are nurtured, regardless of who is in the dug-out and even more so in the case of a club like Valencia who have chopped and changed so often.

Kang In Lee came when he was 10. He leaves when he is 20. The biggest prospect I've ever seen in VCF Academy, alongside Isco. AND HE'S GONE FOR FREE. I'M MAD. I'M SO MAD RIGHT NOW. pic.twitter.com/Fv4DridYSU

This is a board which has continually taken the wrong path. Whether it’s backing Nou Mestalla, then halting works, supporting Marcelino, then sacking him, or drawing attention to Kang-In to then release him, there is no consistency.

Valencia’s board has repeatedly shown themselves to be incapable of sticking to a decision. Such an approach is indicative of the failure to come, regardless of who is wearing the badge on the pitch of the suit on the touchline.

In Jose Bordalas, Valencia have a real chance. A coach with a long-term vision, who has a clear philosophy and a clear plan. Now, after the impressive results at the very start of his regime, it’s up to those in the boardroom. Bordalas can only go so far with the options that he has.

That is what will concern Valencia fans across Spain and the world. While they may be optimistic after Bordalas’ initial results, they know that it could be short-lived. Just like Kang-In’s apparent promise was.