Ilaix Moriba is edging closer to a move to Tottenham Hotspur according to Mundo Deportivo. The London club is in the midst of negotiations with Barcelona to sign the Guinean teenager, and has sold Moussa Sissoko to Watford to make space for him.

Sissoko went for €6m, and given Tanguy Ndombele is injured coach Nuno Espirito Santo only has Pierre-Emile Hojberg, Giovani Lo Celso and Harry Winks available as midfielders. Such a situation would enable Ilaix to play a leading role at Tottenham. Given the teenager has elected to switch his international allegiance to Guinea from Spain, he’ll also qualify to play in the Premier League due to the post-Brexit points system brought in. 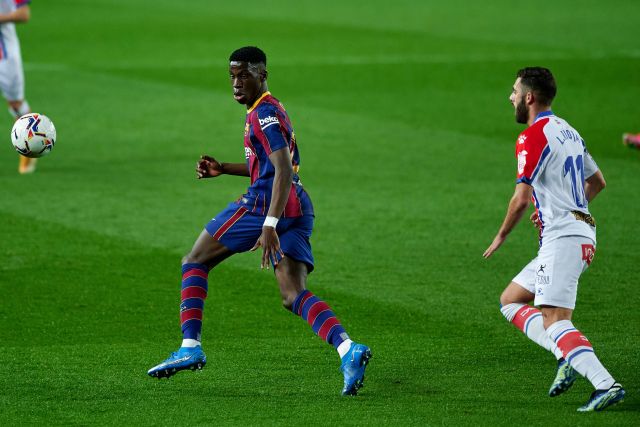 Leipzig are still in the picture, but at this moment in time it appears a move to London is likelier than the Bundesliga. Tottenham are willing to pay Barcelona €20m for Ilaix’s services; Leipzig aren’t. The long-running soap opera that has been the 18-year-old’s future is, it seems, finally coming to an end.