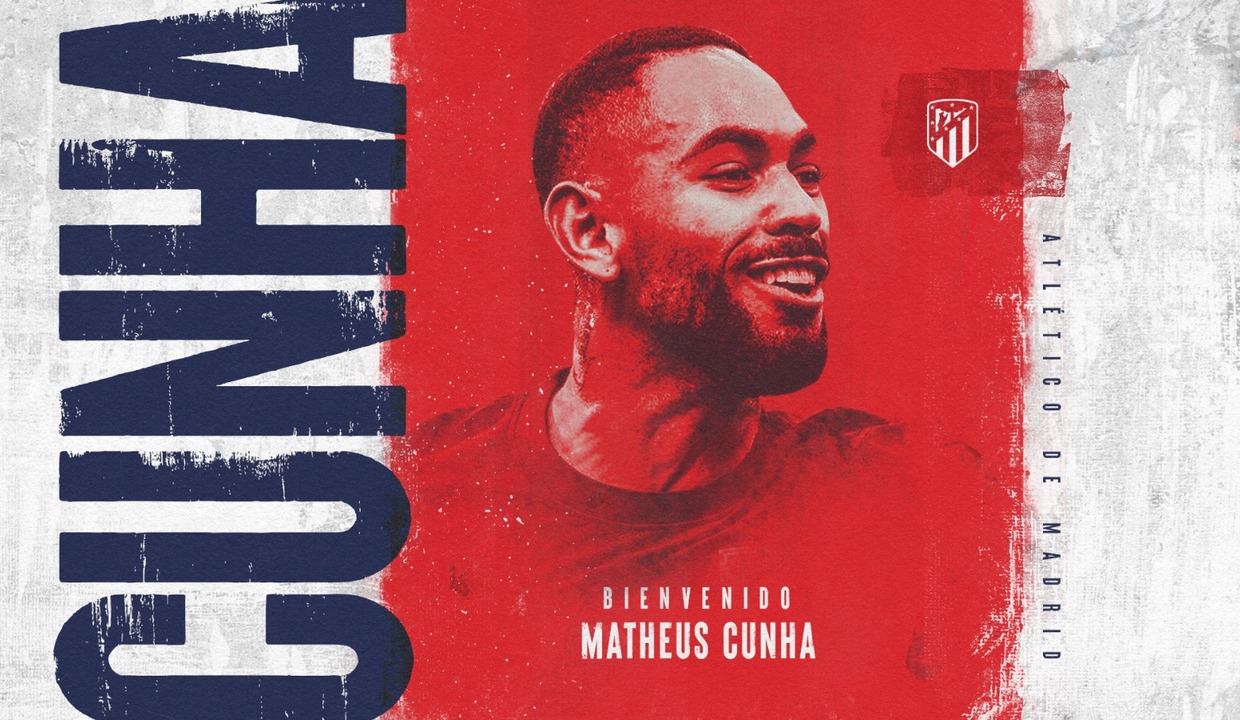 Matheus Cunha has officially joined Atletico Madrid from Hertha Berlin according to a club statement. The Brazilian forward has signed a five-year contract at the Wanda Metropolitano, and has been described as a versatile attacker who can function as a centre-forward, an attacking midfielder and a winger.

Born in Joao Pessoa, Cunha came through the youth system at Coritiba before heading to Europe with Zion in 2017. He registered ten goals and eight assists in his sole season in Switzerland, after which he headed for Germany with Leipzig. There, he spent two years, before switching to Hertha. He scored 13 goals and contributed ten assists for them.

Cunha, a Brazilian international throughout his youth, broke into the senior squad in 2020 for World Cup qualifiers against Bolivia and Peru. He was also a key part of the Brazil team that won gold at the Tokyo Olympic Games just this past summer, beating La Roja in the final. He started every one of Brazil’s matches aside from the semi-final against Mexico, which he missed through injury. He scored three goals, including one against Spain.