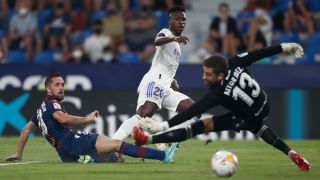 La Liga fans were treated to superb spectacle at the Ciutat de Valencia on Sunday night, as Levante held Real Madrid to an action-packed 3-3 draw. But Carlo Ancelotti was left livid with his side’s defensive performance, bemoaning their fragility and mistakes for the Granota goals.

At times, Madrid were dazzling in attack, with the performances of Isco and Gareth Bale leading many to joke that the swash-buckling days of 2014 were back. The impact of Vinicius off the bench was an unexpected bonus for Ancelotti, as the Brazilian’s well-taken brace moved him to the top of the Pichichi standings, equalling last season’s league tally in the process.

But for all their attacking verve, their defending left a lot to be desired, and Ancelotti sent an open warning signal for his players to improve their focus. “After controlling the first half well, we gave away two points”, he told Marca. “We have to improve our defensive attitude” he continued. 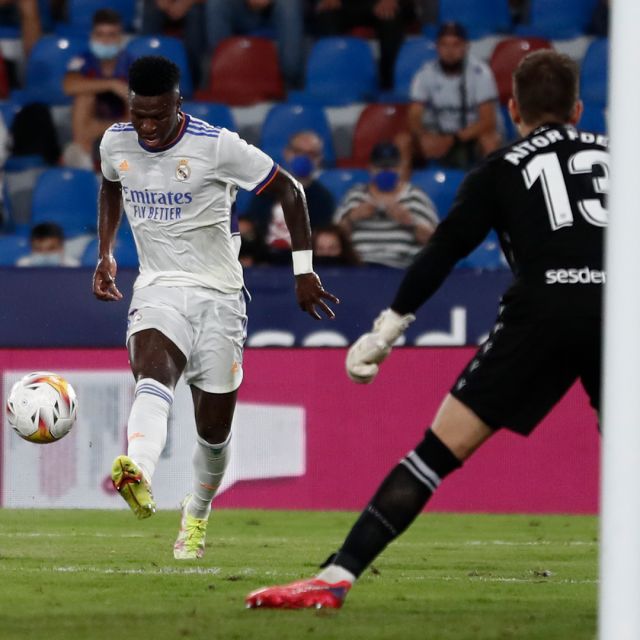 In a frank expression of frustration, Ancelotti pinpointed the second Levante goal as particularly unacceptable: “we were two against three, this cannot happen”. Jose Campana found acres of space in the Madrid box to volley Levante 2-1 ahead, before Vinicius made his spectacular impact.

There is a suggestion that higher-scoring Carlo-ball has returned to Madrid; more freedom of expression in attack, but at the expense of solidity in their defensive third. It is too early to tell if they will be more porous with Carlo back in charge, but on the evidence of Sunday, this appeared to be borne out. However, it is worth pointing out that Levante under Paco Lopez do have a reputation for their cavalier attacking play against the biggest sides in Spain. Under him, they have beaten Barcelona 5-4, drawn 3-3 with the same opponents, and beaten both Madrid sides last season. 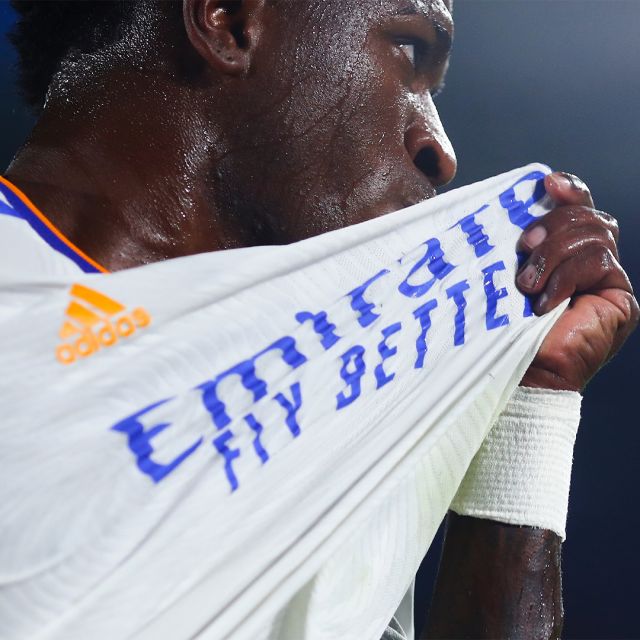 Digging a little deeper, a comparison can be drawn between Ancelotti and his predecessor, Zinedine Zidane. When assessing the frequency at which Los Blancos concede three or more goals in a game, the result is surprisingly close. In 121 games as coach, Ancelotti’s Madrid have let in three or more 5.8% of the time, whereas Zidane’s Madrid shipped that many at a 5.7% rate across his two spells (263 matches). The perception that Zidane’s side were far tighter is perhaps overemphasised.

There is a difference between Zidane’s spells, however, marked by the departure of Cristiano Ronaldo in 2018. In Zidane’s first 149 games in charge, Madrid conceded three or more ten times (6.7%). When he returned, this only happened on five occasions in 114 matches (4.4%). The loss of Ronaldo’s goalscoring output, combined with Zidane’s shift to a solid base in their victorious 2019/20 campaign are the strongest explanations for this trend.

Now, Ancelotti must shape his new defence without the stalwarts of Sergio Ramos and Raphael Varane. David Alaba is a proven elite player, but has only just arrived, while Dani Carvajal is returning after injuries plagued him last season. Nacho and Eder Militao must now step up, as they did at Anfield when Madrid kept a clean sheet to progress to the semi-final of the Champions League. There have been plenty of positives for Ancelotti to take from the first two games this season, but bringing the defence up to standard will be his immediate priority.