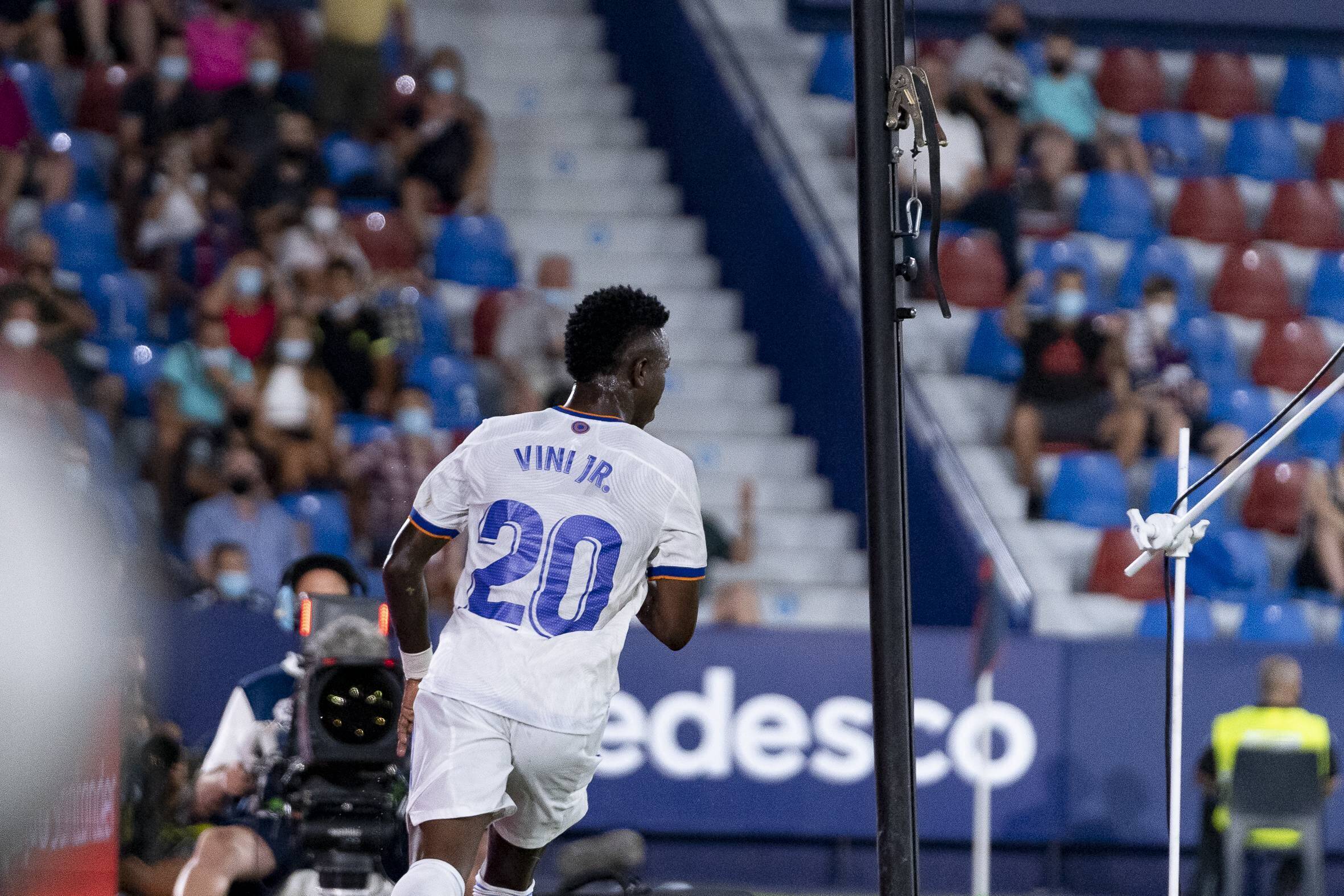 Vinicius Junior says he meant his second against Levante goal after claims he might have intended to cross.

The Brazilian played super sub at Cuitat de Valencia, coming off the bench to score two equalisers to make sure Real Madrid left with a point.

The second of the goals came as late as the 85th minute and made it three goals from two substitute appearances for Vinicius.

And it was the second goal that caught the eye, a sweet, dinked finish in off the back post that few, including Levante keeper Aitor Fernandez, were expecting.

Though, on the back of the goal, some fans have suggested Vinicius may have meant to cross the ball.

The winger, however, is having none of it, stating that he meant to put the ball where he did in a brief explanation of his goals after the game.

He told Movistar: “Casemiro put me un with a good ball to make the goal. And with the second, I put it there with my toe. I continue to work to help the team.”

Although pleased with his goals, Vinicius was disappointed with the result against Levante.

He added: “For Madrid it is never a good point. We should continue working towards three (points).”